In the eight years since Dr. Michael Chu became an oncologist at the Cross Cancer Institute, he has worked hard to make chimeric antigen receptor (CAR) T-cell therapy accessible to cancer patients in Alberta. Now, thanks to funding from the Alberta Cancer Foundation, the novel, life-saving therapy, along with autologous stem-cell treatment, will also be accessible to some children in the province.

T cells are a critical part of the body’s immune system. CAR T-cell therapy involves removing some of a patient’s T cells and genetically modifying them to create better recognition of the cancer cells. The cells are then put back into the patient’s body where, if the therapy is successful, they will kill the cancer cells.

Chu likens the modified cells to the U.S. Navy Seals, a highly trained expert special operations force. “We are retraining the immune system to go back after its own cancer,” he says. “The basic concept is, why not use the patient’s own immune system when it’s actually quite functional?”

The treatment was first developed 30 years ago, but it has only been used regularly in Canada in the past five years. Due to the complex and expensive nature of the treatment, it has been slow to catch on in Edmonton, until now. After the cells have been removed via a process called apheresis, traditionally they had to be sent to one of three pharmaceutical companies, all in the United States, to be modified and cultured. The average turnaround time was approximately four weeks, and the cost is exceptionally expensive. As more common types of cancer start using these approaches, Canada could see what Chu calls, “a crisis of access.”

To ensure that doesn’t happen, Chu is running a trial to treat 57 adult and pediatric patients with relapsed leukemia and lymphoma using “point of-care” CAR T-cell manufacturing. Rather than outsource the entire process, he is using two manufacturing sites in Edmonton and Calgary to create the “living treatment” for each patient in the study. This point-of-care manufacturing will reduce the cost of CAR T-cell treatment by approximately 90 per cent per patient thanks to a bread maker-sized bioreactor. The bioreactor belongs to the Alberta Cell Therapy Manufacturing facility led by Dr. Greg Korbutt of the Edmonton Islet Transplant Team. Chu hopes to purchase designated bioreactors for the CAR T-cell therapy program so he can build the infrastructure needed to operate the study in Edmonton at the Stollery Children’s Hospital. While adult patients can currently be treated in either city, pediatric patients can only undergo such treatments at the Alberta Children’s Hospital in Calgary.

Cell treatment can be lengthy, and patients can spend up to three weeks in hospital following a procedure. And, even if they’re not staying in hospital, they need to be near the treatment hospital for four weeks.

“Realistically, the patients we treat [in Edmonton] are from northern Alberta,” Chu says. “The majority [of patients] are from this area and prefer to be treated in their backyard rather than going down to Calgary and being even farther from family and friends.”

Chu has had patients turn down CAR T-cell therapy because they don’t want to be far from home for so long, and he understands the reluctance. “These patients have been through so much. To ask them to go just a little farther, it’s a step too far in some cases, either on a psychological front or a social front.”

Ten patients have participated in Chu’s CAR T-cell trial so far. All had already undergone unsuccessful treatment for either relapsed/refractory B-cell leukemia or aggressive non-Hodgkin’s lymphoma. Eighty per cent saw an improvement in their cancer with CAR T-cell therapy, while half maintained full remission. Now, Chu is focused on learning how to make the treatment successful for everyone.

Eventually, he hopes it can be used to treat other forms of cancer, as well as autoimmune diseases such as multiple sclerosis, scleroderma and lupus. Although Edmonton has the necessary infrastructure for stem cell transplants and CAR T-cell therapy for adults, budgetary issues have prevented pediatric patients from receiving treatments at the Stollery.

“We didn’t have a path forward because it was too big of an ask,” Chu says. “The Alberta Cancer Foundation’s donation helps us to establish that. It puts the ability to treat pediatric patients with CAR T cells and autologous stem cell transplants in Edmonton in the actual, foreseeable future.” 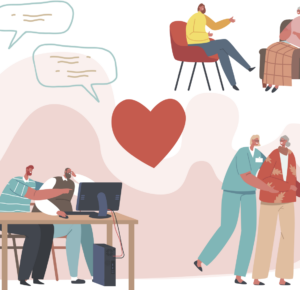