The Kids with Cancer Society and the Alberta Cancer Foundation benefitted when the Edmonton Oilers beat the LA Kings in seven games during the first round of the Stanley Cup Playoffs in May. That’s because the Edmonton Oilers Community Foundation (EOCF) earmarked proceeds from the first round to the Oilers Playoffs Mega 50/50 for the two organizations.

EOCF has been supporting Kids with Cancer Society and the Alberta Cancer Foundation for more than 10 years, raising funds through a golf tournament and Hockey Fights Cancer.

“We’ve been so blessed to have the Edmonton Oilers Community Foundation, not only from a financial perspective, but also for the awareness they help to raise, and for giving some of our kids a chance to be part of the game,” says Val Figliuzzi, executive director of the Kids with Cancer Society.

Six-year-old Ben Stelter captured the hearts of players and fans this year when he was a Scotiabank skater at an Oilers game in March. His irrepressible giggle was on display at a post-game press conference with winger Zach Hyman, who was clearly enchanted by him.

The team and the fans basically adopted Stelter, who was named the Edmonton Oilers Playoff Ambassador, largely because of his sparkling personality. He became the face of the Kids with Cancer Society for everyone following the team.

“The strength and perseverance of Ben and his family is something the entire community embraced,” says Natalie Minckler, executive director of the EOCF.

Sadly, Stelter passed away Aug. 9. “He was one of dozens and dozens of children who are facing the same sort of journey,” says Figliuzzi. “He has given a voice to those children. His legacy will live on.” 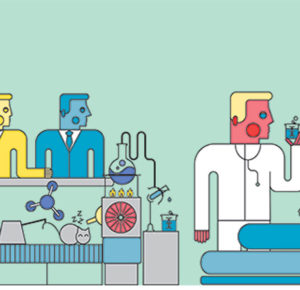