The Love family takes their namesake to heart, with a tradition of working together and giving back to the community. The Calgary-based Loves have run a family business since 1905 when patriarch James Love founded the J.E. Love and Sons feed store. In the early 1980s, the Loves pivoted into craft brewing and began supplying equipment and ingredients to brewers across Canada, the U.S. and Australia. In 1999, the craft brewing industry began to decline due to oversupply. But the family wasn’t deterred by the challenge, and instead found creative and economical ways to stay in business.

In 2002, the Loves established Cask Global Canning Solutions, an innovative and affordable aluminum canning system for craft beverages of all types, such as beer, cider, wine, coldbrew coffee, kombucha and more. The game-changing aluminum canning system was the first of its kind and, today, has more than 1,800 canning systems throughout 67 countries. From headquarters in Canada to the United States, Europe, Hong Kong and beyond, Cask is leading the micro-canning industry.

With all its success, Cask and the Love family wouldn’t be where they are today without Michael Love, a beloved brother, son and uncle who passed away from cancer in 2010. Michael’s death forever changed the hearts and minds of the family and friends left behind.

“He was certainly an integral part of our organization, but, even more so, he was a great uncle to all our kids,” says Jim Love, former vice-president of Cask, who describes his brother, Michael, as “very smart and respected.”

Since 2015, Cask has supported the Alberta Cancer Foundation’s Patient Financial Assistance Program (PFAP) in honour and memory of Michael. PFAP provides financial relief to families and patients throughout diagnosis and treatment. That first year, Cask donated $5,000. The following year, the donation increased to $10,000, then $20,000. Cask continued to give $25,000 per year since 2018 — the donations quickly became a tradition. While donations were initially made in memory of Michael, Cask’s continued support reflects the fact that all of its 80 employees have, in one way or another, been impacted by cancer, including company president John Howey, whose wife, Marcie, was recently diagnosed.

In 2021, the company provided a matching gift of up to $25,000 for the Alberta Cancer Foundation’s end-of-year direct mail and email campaign. This donation was particularly meaningful to Cask, as one staff member had just lost a brother to the illness and the spouse of another was diagnosed with cancer. Cask has since pledged another $100,000 gift in support of the Calgary Cancer Centre with the goal of providing a $25,000 annual match for the Patient Financial Assistance Program through this campaign.

The email campaign aims to inspire donors in the community to support the Foundation, and its emphasis on the importance of giving back speaks to a value that is part of Cask’s culture.

“I think it’s important to be involved in the community and to make our imprint, but also to make sure we’re contributing to the community,” says Jim.

Cask is passing on the philanthropic torch to the next generation of leadership with high hopes and expectations for the team to lead the business in a demanding industry and marketplace. The fourth generation will continue to support the Alberta Cancer Foundation and nurture the community even as the business grows. 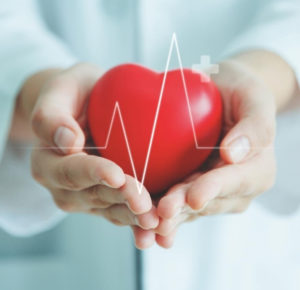