This is not the first time Dr. Ing Swie Goping, professor and Lilian McCullough chair of Breast Cancer Research at the University of Alberta, has turned heads with her research into a protein called BAD. Her new study has found the protein plays a central role in cell motility (a medical term meaning the cell’s capability of movement) and shows promise in understanding and potentially preventing the spread of breast cancer.

BAD, or Bcl-2 agonist of cell death, is a single protein, but one that has multiple roles in the body. “[BAD] is important for its role in scaffolding,” explains Goping of the protein’s role in binding with other proteins. “It’s one of the wheels of the protein-complex machinery, and it also has very different roles in different machines.”

In 2010, Goping found that high levels of BAD in breast cancer tumours resulted in more effective taxane chemotherapy treatment than tumours with less. That first discovery, Goping says, was like finding one piece to a larger puzzle. The next puzzle piece was understanding BAD’s role in healthy cell processes to better understand its function in breast cancer.

In normal cells, BAD plays a role in triggering cell death processes (apoptosis), which are regulated through phosphorylation –– a process in which a phosphoryl group attaches to a protein like BAD. That same process occurs during mammary gland development. When BAD undergoes phosphorylation, the cells grow protrusions that allow them to move and form the mammary gland structures during puberty. After gland development is finished, BAD becomes unphosphorylated, which stops cell motility and protrusion growth.

In cancerous cells, that motility is regained, which allows for metastasis throughout the body. Goping’s research, however, looks at the idea of genetically manipulating BAD to prevent that spread. “This unphosphorylated form of BAD can block breast cells from moving, so we are currently testing if unphosphorylated BAD can block breast cancer cells from metastasizing,” explains Goping.

Researching cell manipulation is nothing new for Goping. During her initial research more than 10 years ago, when she discovered BAD’s role in cell death, she first considered the idea. Cell death happens all the time in the body, but Goping looked at the idea of genetically manipulating the process. She describes the concept as reactivating a memory of something cells already know but have just forgotten.

Combining cell manipulation within breast cancer cells could lead to a two-part solution in the future of cancer treatment. “If we can manipulate the protein so that it will block cell migration, it also ends up being in the state where it stimulates cell death,” explains Goping.

If her theory and research hold true, Goping says it could provide a new window of opportunity to understanding developmental processes. In turn, it could also mean a clearer pathway in the future of cancer treatment and the potential inhibition of metastasis. It’s an idea so BAD, it’s good. 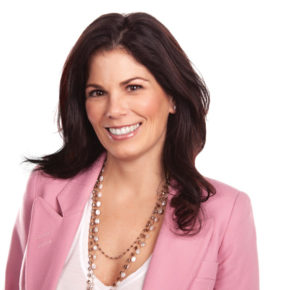