When it comes to unlocking the power of data in the effort to end cancer, Alberta’s Tomorrow Project (ATP) is one of our strongest weapons. Launched in 2000, it’s the province’s largest-ever health study, with almost 55,000 participants. Funded by Alberta Health, the Alberta Cancer Foundation, Alberta Health Services, the Canadian Partnership Against Cancer and Health Canada, the generational study is expected to last for four more decades and collect many more pieces of data.

Those who are currently delving into the rich swaths of data from the past 22 years suggest the breakthrough stage is now underway.

“The foresight and investment by the funders over time has made a huge difference because we were in the build phase for quite a while,” says Dr. Jennifer Vena, ATP’s scientific director. “But you really need to put in that time and investment to now start really reaping the rewards.”

Vena, a homegrown Alberta scientist, joined ATP in 2015. That same year, ATP stopped taking new participants into the study after overshooting its goal of 50,000 Albertans between the ages of 35 and 69 with no history of malignant cancer.

“People in Alberta are more than willing to take part in these big studies, which have a very broad mandate,” says Dr. Paula Robson, Vena’s predecessor who led ATP from 2006 to 2017. “That, for me, is the big takeaway from my time there, how amazing it is to have 55,000 people across this province trust us to use the information they have provided to help answer some of the many questions we still have about cancer.”

ATP participants complete questionnaires about their health history and lifestyle habits, such as smoking, alcohol use, diet and physical activity, current medications, where they’ve lived in the province and more. In 2008, they were also invited to provide biosamples (urine, blood and/or saliva) and have their physical measurements taken at study centres in Edmonton and Calgary. The collection of biobank samples launched in 2011, with the 100th mobile study centre on the road in 2012.

Participants who consent to data linkage will have their health information followed for the length of the study, or until age 85, through linkage to AHS databases. Complete and immediate patient data, including Alberta Cancer Registry information, is currently available, and the rollout of Alberta’s Connect Care system will streamline the collection and coding process.

One goal of ATP is to learn how lifestyle, genetics and environmental exposure interact and contribute to increased risk of cancer and other chronic diseases like diabetes. By studying information provided over decades, researchers may be able to determine why some people develop certain cancers and chronic diseases while others don’t.

“One of the beautiful things about a prospective study is that you’re reducing your influence on the data,” Vena says. “In a retrospective study of people with breast cancer, for example, it can be really hard to remember what you did five, 10 or 15 years ago.”

Vena’s areas of focus for her postdoctoral research and training were nutrition and metabolic disorders. She started in a research associate position at ATP in 2015, focusing on cancer prevention, then moved to the research lead position in 2016. She became scientific director in 2017, overseeing the project’s long-term scientific strategy — a task she admits is equal parts challenging and meaningful.

“I like the complexity. I think there’s fun in that. How do we bring all this data together? To me, that’s a fun problem to have,” she says. “And, where there’s problems, there’s hope.”

The layers of complexity continue to evolve with the study. ATP was the first population health study of its kind in Canada. But similar cohort projects in B.C., Ontario, Quebec, the Atlantic provinces and, more recently, Manitoba and Saskatchewan soon followed. In 2008, ATP joined a consortium of cohort studies, known as CanPath, which greatly expanded the available data (more than 300,000 participants across Canada) to researchers.

Chan says advancements in machine learning are now giving researchers the power to interrogate large-scale data and search for patterns down to a molecular level, rapidly scraping millions of pieces of patient information and genome sequences from tissue samples.

“We’re getting to the stage of understanding that perhaps certain genotypes are more at risk for developing some diseases, including cancer,” Chan says. “I think that’s where it really starts to go from an academic exercise to something that really influences policy and our health-care systems.”

2000 A look back at some of ATP’s milestones ATP kicks off with baseline surveys going out to participants. Follow-up surveys are sent out in 2004 and 2008.

2017 – 2018 Follow-up health and lifestyle survey for ATP participants is offered online for the first time.

2020 Alberta’s chief medical officer of health tasks ATP with conducting COVID-19 antibody testing (CAT) study. More than 4,000 ATP participants, who match predetermined criteria, are invited to participate. The immediate goals of the study are to determine how many Albertans have been infected with coronavirus based on testing for antibodies and to understand aspects of the virus and antibodies. The long-term goal is to see if there may be links between infectious diseases and non-infectious chronic disease 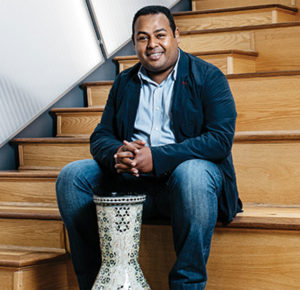 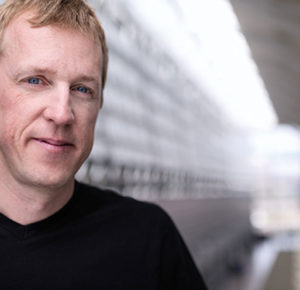