The Cross Cancer Institute radiologist got hooked on chocolate-making more than 20 years ago because she didn’t want to buy her mother a “boring” Mother’s Day gift. Instead, she signed the two of them up for a truffle-making class.

The class was intense — so much so that most of the students, including Bates’ mother, opted not to make chocolate afterwards.

Then again, her mother didn’t have to: within 24 hours, Bates had purchased the tools to make chocolates for both of them.

“I was always curious and astounded about how people could make such tiny chocolate delicacies,” Bates recalls. “With that class, I felt like I was opening the proverbial ‘Pandora’s chocolate box’ … a whole new world to explore.”

At the time, Bates was working at Tufts Medical Center in Boston. After moving to a private practice in Seattle a few years later, she began taking classes with chocolate-making experts.

To celebrate her 50th birthday, Bates invited a friend to Paris to watch the Salon du Chocolat. The annual event features a fashion show where models stroll on a runway wearing chocolate garments — a spectacle kept short to ensure the high-intensity lights don’t melt the outfits.

“I have never seen anything like it in my life, and absolutely, it stunned me,” Bates says. “That’s what got me thinking that the possibilities with chocolate were limitless.”

Bates began getting more creative. She didn’t make dresses (too much chocolate, not very practical). Instead, she experimented with designs of moulded chocolates and interesting fillings, including black garlic, smoky banana and matcha pistachio, as well as an award-winning passion fruit-chipotle caramel combo.

Since moving to Edmonton to work at the Cross Cancer Institute in 2013, Bates has used holiday time to travel North America and study with top chocolatiers. Her repertoire has grown to include bars, strongly influenced by her love of animals and nature.

To commemorate the return of bison to Banff National Park after more than 100 years, Bates designed the “Bison Bar” in 2020. It features a 3D chocolate bison set on a colourful background. Judges awarded the bar two gold medals in the 2020 International Chocolate Salon’s “Top Bar” competition in San Francisco.

Bates also won medals in many other categories, including bar honours and several podium finishes for her caramels. Because of that, she was designated a 2020 Master Chocolatier, one of only 11 in North America.

As a radiologist, Bates reviews black and white images in a dark, windowless room. Chocolate-making, she says, is an outlet for her creativity. She makes everything by hand, using natural ingredients and no preservatives, and decorates her chocolates with bold, eye-catching colours and designs.

“With chocolates, my world explodes in colour,” she says. “It’s a perfect balance to radiology.”

Displaying a trademark dry wit, Bates points out the stark contrast between radiology and crafting chocolate. 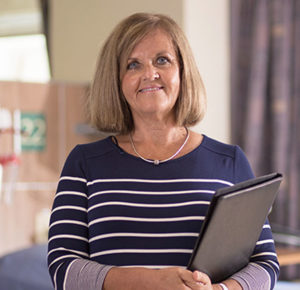