Laurel Baley, 78, has always had an adventurous spirit. As a child living on her family’s farm near Winnipeg, Man., she climbed trees and went trick riding on her bike along nearby gravel roads. After starting her career as a customer sales and service agent for AirCanada in Winnipeg, Baley moved to Calgary, where she embraced downhill skiing in the Rockies and travelled to exotic destinations like Nepal, Peru and Afghanistan.

“I loved seeing the world,” she says.

In 2001, after 34 years with the airline, Baley retired. A year later, she embarked on a new kind of journey — and it became her greatest challenge yet. She was diagnosed with breast cancer.

Baley had a lumpectomy and subsequent mastectomy in her right breast, four sessions of chemotherapy and 28 sessions of radiation. Three years later, during breast reconstruction, the surgeon found cancer cells in several remaining lymph nodes, which were then removed. She was prescribed the treatment drug tamoxifen for a time, then letrozole. Eventually, she visited the Tom Baker Cancer Centre’s psychology department when the stress of the cancer diagnosis developed into anxiety and depression.

“I was lucky,” Baley says. “My care was excellent.

”Following the experience, Baley was filled with gratitude and began donating to the Alberta Cancer Foundation. She started with $25 per month. Baley hoped to help women have even better experiences with diagnostics and treatment, resulting in more women being cured of their cancers, so she put her money toward research. Today, she donates $40 each month and has also allotted a gift to the Foundation in her will.

“It is easy and convenient, and anyone can do this,” she says. “We all know someone who is going through cancer.”

Indeed, Baley is not the only person in her family with a cancer experience. Her father and mother both died of the disease (bowel and non-Hodgkin’s lymphoma respectively) and her nieces-in-law are currently living with cancer.

So is Baley — again. At a routine mammogram in November 2020, the radiologist found cancer in her left breast. She had a lumpectomy, five sessions of radiation and will remain on letrozole for five years.

“Other than sore joints, all is okay,” she says. “But get your mammograms. I am adamant about that.”

During her treatment this time around, she noticed more advanced equipment and less onerous protocols, she says. “All the money I am donating is making a difference.”

Now that her cancer is being managed, Baley is back to enjoying life. Although skiing and mountain biking are no longer in her repertoire, she enjoys walking, golfing and escaping to southern climates in the winter. She also spends time with a wide network of friends, former Air Canada colleagues and family, including a younger brother, sister and four nephews. In fact, she credits their unwavering support as essential to getting her through her cancer journeys.

“I can’t imagine going through this alone. They have been my rock,” Baley says.

Her advice for others who are living with cancer? “Reach out. You are not as tough as you think you are,” she says.

And she encourages people to donate.

“No matter what you can contribute, when you see something positive coming from it, it makes you feel good,” Baley says. “You are part of the solution.” 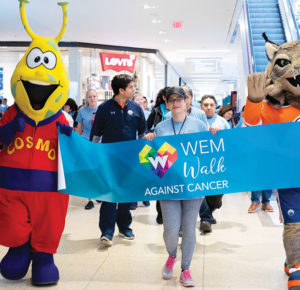 Walking for a Cause 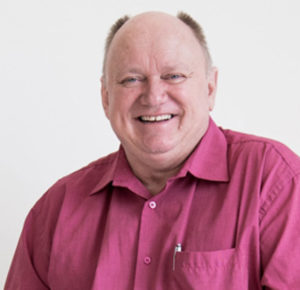