One consistent theme has driven Dr. Miranda Fidler-Benaoudia’s relatively short but impactful research career: addressing the inequalities in health care around the world.

Originally from New Jersey, Fidler-Benaoudia went to Boston University to complete her bachelor’s degree in health sciences. Throughout her studies, she paid close attention to health-care systems that had significant racial, income and gender inequalities that people were forced to overcome.

“If you look in the U.S., you have these inequalities that seem to be growing exponentially, with a gap between those who hold the wealth and those who do not. Without universal health care, that gap continues to grow,” says Fidler-Benaoudia.

Witnessing and trying to understand this gap led her to University College London for her master’s degree in social epidemiology, focusing on inequities in cardiovascular disease, and then to the University of Birmingham for a PhD in cancer epidemiology at the Centre for Childhood Cancer Survivor Studies. From there, her research grew.

“Through my research into social determinants of health in the U.K., I began to look at the inequalities faced by those who really had no choice at all in the cards they were dealt. I came upon childhood cancer survivors,” says Fidler-Benaoudia.

While in the U.K., Fidler-Benaoudia contributed to a European-commissioned study working with childhood cancer survivors across 12 different countries. She learned that while, a wealth of research had been done on childhood cancer survivors, young adults aged 15-39 were largely ignored. The project also sparked Fidler-Benaoudia’s desire to work with survivors and hear their stories directly, rather than just dealing with expansive data sets.

Today, Fidler-Benaoudia works in Calgary, Alta. as an adjunct assistant professor at the University of Calgary and as a clinical and descriptive cancer epidemiologist in the Department of Cancer Epidemiology and Prevention Research with Cancer Care Alberta, where she focuses on the burden of cancer on adolescents and young adults.

By partnering with adolescent and young adult cancer survivors, Fidler- Benaoudia assesses the impact cancer treatments and interacting with the health-care system has on young patients. She has found there are significantly different experiences across age groups.

“What we started to see did not directly mimic what we saw in children. There are different challenges that this group faces at these very formative ages,” says Fidler-Benaoudia.

Her goal is to understand the experiences of those diagnosed with cancer at young ages, along with identifying who is most at risk to develop health problems or experience significant challenges following diagnosis.

Since moving to Alberta in 2018, Fidler-Benaoudia has learned more about the challenges young cancer patients and survivors face. An ongoing project, funded by the Alberta Cancer Foundation, uses “Putting Patients First” surveys completed during Cancer Care Alberta visits to better understand the difficulties young cancer patients face, from diagnosis and into treatment. It also looks at how young adults’ burdens differ from their older counterparts. By using surveys, Fidler-Benaoudia hopes to tap into a patient perspective on symptoms at diagnosis and identify demographic and clinical risk factors that contribute to high symptom burden.

Ultimately, Fidler-Benaoudia says she hopes her research can influence policy change and improve both long-term patient outcomes and the health-care system. Central to that mission is partnering and working with patients directly.

“It is such a privilege to work with this population,” she says. “Actually being able to speak with them, ask what their journey was, what their experience was with the health-care system, what they want to see change — it’s all so important.” 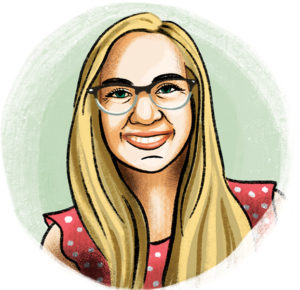 An Expert Explains the Process of Chemotherapy 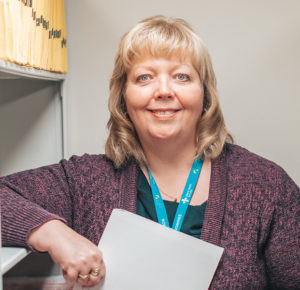