Most of us know that eating a variety of fruits and vegetables is the surest way to maintain a healthy diet, but all too often, the humble potato gets overlooked.

Even though they grow in the ground and require no processing, potatoes are often lumped in with less nutrient-dense grains and starches. Typically fried or smothered with butter and cheese, they can be written off as unhealthy food.

Yet, potatoes are indeed vegetables and, contrary to popular belief, they do not lack in nutrition by any means. Calgary-based dietitian Vincci Tsui says while it’s always important to include a variety of fruits and vegetables in one’s diet, potatoes do indeed count as a vegetable and we should embrace them as such.

“People don’t necessarily think of potatoes as something they’d classify as a vegetable, and they are starchier than some of our leafy vegetables,” Tsui says. “But they are actually a good source of many vitamins and minerals like vitamin C, fibre if you eat the skin, and also potassium. Potatoes are actually higher in potassium than bananas.”

In addition to all those nutrients, potatoes have the advantage of being affordable, fairly plentiful and much more filling than most vegetables, making them a viable option for anyone on a budget or with a family full of hungry people to feed.

All of these factors make potatoes an important tool for both cancer prevention and cancer care. Tsui says there is evidence that dietary fibre, which is something potato skins are high in, can contribute to cancer prevention. Plus, the neutral flavour is often appealing to those undergoing cancer treatment.

“Eating enough can be difficult when you’re in treatment,” she says. “Potatoes are so versatile in how you can prepare them, and things like mashed potatoes have a texture that may be easier for people to eat. People who are needing more calories can add butter or cheese without necessarily adding a lot of unwanted volume to their meal.”

Deb Brewin, communications and promotions director for the Potato Growers of Alberta, agrees the potato often gets a bad rap. But she says that perception is changing as people learn more about the nutritional value of potatoes. Brewin recommends eating the skins for extra fibre and experimenting with the more than 200 varieties of potatoes grown right here in Alberta. In a typical year, our province’s farmers grow more than 60,000 acres of potatoes.

She also urges people to store potatoes in a dry, dark and cool area in a crate, box or bag that allows air to circulate, which helps them last longer.

“There’s a reason why potatoes have been a food staple for centuries,” Brewin says. “They have so many wonderful nutritional qualities. With the price of so many foods going up these days, they’re an affordable way to feed your family.”

Courtesy of the Potato Growers of Alberta

sea salt and pepper to taste

2. Cut potatoes in half and place in a large bowl. Add olive oil and stir well to coat. Sprinkle sea salt and pepper to taste. Add Parmesan cheese and chopped chives. Stir until all potatoes are coated.

3. Place potatoes onto baking sheet in a single layer. Bake for 25-30 minutes until golden brown with crispy edges. 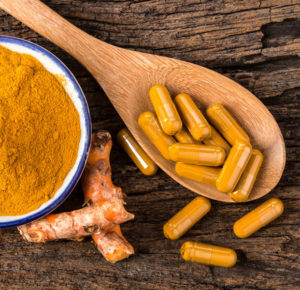 Top 10 Ways to Boost Your Diet 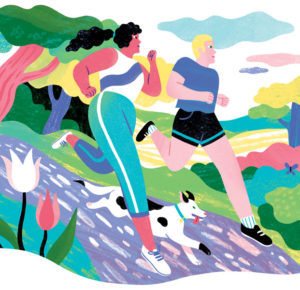