The clinical trials that come to life at the Tom Baker Cancer Centre can change lives beyond Calgary, the province or even Canada. Dr. Jose Monzon knows this from experience.

“When you do clinical trials research, you’re making impacts not only on your community,” explains Monzon, “but also on patients worldwide.”

Monzon is a medical oncologist and medical leader for the Clinical Research Unit at the Tom Baker. He helps manage and oversee the roughly 150 clinical trials happening in the centre at any given time while also leading trials of his own. The role includes meeting with clinical trial unit leaders to discuss trial activities, brainstorm ways to improve the process for patients and find avenues to open other trials. Beyond research, Monzon sees patients and enrolls eligible candidates into existing trials.

While the job can be varied and complex, Monzon’s rationale behind why he does what he does is simple.

“To be able to help patients through that process and that journey seemed important to me,” he says. “I learned very early on that with research, you can make huge impacts on patient outcomes.”

Simply, a clinical trial is the testing of a novel agent — often a drug — or a previously known agent in a unique setting to evaluate its safety, responsiveness, toxicity and, of course, its effect on survival. Eligible patients are enrolled in trials and tracked through regular tests to gauge how the agent is working versus the previously established treatment option.

After three phases with different goals at each, the treatment can potentially become the new standard of care.

According to Monzon, the Tom Baker is unique in its opportunity for investigator-initiated trials, often supported by the Alberta Cancer Foundation. This reputation is attractive for academic researchers across the country and is part of what drew him to Calgary. Monzon has helped lead a handful of trials spawned from findings at the Tom Baker, such as an ongoing look into the positive effects of statins, which are cholesterol medications, on rectal cancer patients undergoing chemotherapy and radiation therapy.

The idea for the trial came from a patient database assembled by fellow oncologist Dr. Michael Vickers during his time working at the Tom Baker. The opportunity to work together and collaborate to create new trials in Calgary not only helps researchers, but also benefits patients.

“These are homegrown ideas. That’s the beauty of it,” says Monzon. “These are trials that can open up options for our patients here.”

Each year, the Tom Baker Cancer Centre enrolls around 400 patients into clinical trials, creating opportunities to pursue alternative treatments that can lead to life-saving results. With the Tom Baker acting either as the starting point or as a contributor to larger trials, the potential for widespread change is immense. And at its core, it all starts with the patients.

“[Clinical trials] provide these options of novel treatments, and it gives the patients hope of responding and prolonging life, but it also helps other cancer patients,” says Monzon. “We have everything to thank for the patients involved in clinical trials. Our goal is to have a clinical trial opportunity for every single patient who comes to the cancer centre and that patient and clinician trial activity should be celebrated and encouraged.”

Clinical trial: The testing and tracking of a new treatment to evaluate its effects on human health outcomes.

Industry-sponsored trial: When a business or corporation, like a pharmaceutical company, conceives, plans and funds a clinical trial.

Investigators: The researchers leading and conducting work on a clinical trial.

Investigator-initiated trial: When an independent researcher has an idea for a trial they want to conduct, conceive, plan and run themselves.

Bench Research: Prior to clinical trials, bench researchers run tests outside of humans. This often means seeing how cells react within cancer cell line models or animal models and how novel agents may show activity in or inhibit pathways.

Phase 1: Often the “first-in-human” trial, phase one starts testing the safety and tolerability of a drug. Researchers start with a very small dose and incrementally increase until signs of toxicity appear. Efficacy and responsiveness data are collected, but it’s not yet the main goal.

Phase 2: Once the dose is established, researchers begin looking at efficacy and responsiveness. An indicator in many clinical trials is how much tumours shrink.

Phase 4: Phase four trials happen once the agent is established as a new standard of care. They operate like population-based studies in function, looking into the benefits of the treatment in broader use. 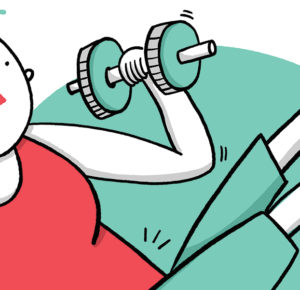 How to Exercise with Cancer 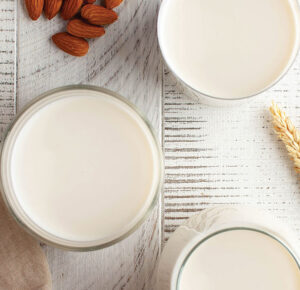 Everything To Know About Milk Alternatives