Dr. John Lewis is the definition of a multi-tasker. Lewis holds the Alberta Cancer Foundation Frank and Carla Sojonky Chair in Prostate Cancer Research at the University of Alberta and he leads the Alberta Prostate Cancer Research Initiative, a province-wide research program. He’s overseeing two major clinical studies in 2021 — one assessing a promising prostate cancer diagnostic test and the other involving an exciting gene-based cancer therapy.

Outside of the U of A, Lewis is founder, CEO or chief scientific officer of six spin-off companies — yes, six — based in Edmonton, Seattle and San Diego, developing treatments for cancer, infectious diseases and age-related diseases. He’s also at the forefront of pandemic research: his biotechnology company, Entos Pharmaceuticals, is currently doing human trials on a DNA-based vaccine for COVID-19. Working with an international multi-disciplinary team, including Entos Pharmaceuticals, the Lewis lab has been awarded $4.225 million from Canadian Institutes of Health Research to bring a COVID-19 vaccine to phase 1 clinical trials.

How does he sleep at night?

Lewis has almost 100 scientists, trainees and staff working in Edmonton in his lab and on related projects.

Lewis grew up in Owen Sound, Ont., and did his undergraduate degree in genetics at the University of Western Ontario in London. After graduation, he spent four years working as an income tax consultant before moving to B.C. to attend the University of Victoria to pursue a PhD in biochemistry and microbiology. He finished his doctorate in 2003. Next, he went to the Scripps Research Institute in San Diego for two years of post-doctoral studies in nanotechnology and imaging.

After spending time in Halifax while his wife, Natalie, attended medical school, Lewis was recruited to his alma mater, the University of Western Ontario, where he spent five years as chair in prostate cancer research. The U of A came calling in 2011 with an opportunity to chair its prostate cancer research program. The chair position came with generous resources to fund a laboratory, but the opportunity to build a province-wide prostate cancer network and research program was the deciding factor for Lewis.

“We’ve been able to create a cohort that wouldn’t be possible anywhere else,” he says. “It was an ambitious plan, and we couldn’t have made it a reality without the support of the Alberta Cancer Foundation.”

Since 2012, the principal goal of Lewis’s laboratory has been to develop therapeutics that block the spread, or metastasis, of cancer. The stakes are high because metastasis kills 90 per cent of cancer patients. Using advanced imaging techniques, the team has discovered more than two dozen genes involved in cancer cell metastasis.

This year, using gene therapy developed in the lab with Alberta Cancer Foundation funding, Lewis is overseeing a phase 1 clinical trial at the Cross Cancer Institute involving patients with advanced or metastatic prostate, colorectal, lung and pancreatic cancers. Lewis says this will be the first time anywhere that this type of gene therapy is being used in cancer treatment. Put simply, the goal is to use a genetic software program that targets every cell in the body, including cancer cells, and tells the cancer cells to die off (a process called apoptosis). The hope is that the gene therapy treatment will reduce or eliminate patients’ disease, while avoiding most side-effects.

If the treatment works as well on humans as it did in the lab, phase 2 and 3 trials will follow. Lewis hopes the therapy might be approved for general use within five years. That isn’t the only cancer clinical trial on his plate this year. Lewis’s lab has also developed a more accurate blood test that can be used as a second-step diagnostic tool for prostate cancer, the most commonly diagnosed form of cancer in men. Standard prostate cancer screening involves a PSA (prostate-specific antigen) test, but it is unreliable and results in many men undergoing unnecessary biopsies.

Using samples from the Alberta Prostate Cancer Repository (a biolab storing blood, urine and semen from more than 4,500 prostate cancer patients), Lewis’s team used the new test as a follow-up diagnostic tool for patients who had received a positive PSA test. They found that the new test could reduce 40 per cent of unnecessary biopsies. Fewer biopsies would also save the Alberta health-care system about $4 million a year.

The clinical trial will involve almost 3,000 patients from Alberta, the Yukon, Florida, Texas and other North American sites, including the renowned Johns Hopkins University in Maryland. The team hopes it will answer the question, “If we use this test on top of the PSA test, how many biopsies can we avoid?”

Lewis is optimistic the new test will soon become a standard screening tool. “By the end of next year, we could be doing thousands of these tests in doctors’ offices.”

Thanks to events from across the province, including the Cross Cancer Institute Golf Classic, as well as support from thousands of donors and loyal stakeholders such as the Bird Dogs and Sojonky family, an incredible $13 million has been raised for prostate cancer research in Alberta.

Lewis’s ability to successfully lead multiple teams is part of why he’s a research rockstar, says his colleague Catalina Vasquez, COO of Nanostics, Inc., a biotechnology company that Lewis founded.

“He has an ability to form teams with diverse skills and backgrounds to accomplish innovative projects that aim to improve the health of humankind, and he trusts and empowers these teams, so we are at the heart of the project,” says Vasquez.

Optimism pervades all his research ventures, including his team’s DNA-based COVID vaccine. “It’s absolutely well within human beings’ ability to solve these things,” Lewis says. “It’s just a matter of a ton of hard work and investment to get there.”

We bring innovative technologies from the laboratory to benefit patients.

The speed at which we can move. Even for a monumental academic discovery to make it into clinical practice, it takes an average of 12 years.

My wife deserves a shoutout. We discuss everything and she has some fantastic ideas. And my kids, too. (Lewis and his wife have four.)

4. If you weren’t a scientist, what would you be?

A barista. I love coffee and we have tons of coffee machines everywhere.

Taking the amazing technology we have in the lab and using it to help people.

6. Why does your research matter?

We can impact Albertans’ everyday lives and make them healthier and happier. 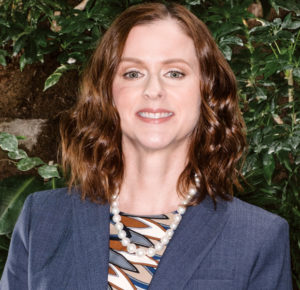