Amar Randhawa is no rookie when it comes to fundraising for cancer.

The 42-year-old Edmontonian has participated in numerous bike rides over the years, individually raising over $10,000 in support of the Cross Cancer Institute.

Randhawa’s passion for giving back stems from a personal connection. His sister and uncle both passed away from cancer and Randhawa’s mother, Gurmeet Randhawa, was diagnosed with kidney cancer a few years after the family emigrated from India to Edmonton in 1995.

On May 19, 2020, Gurmeet died peacefully in her sleep. To honour her, the Randhawa family was inspired to organize a fundraiser in her name.

“[With] mom passing, it really hit me that we need to do more,” says Randhawa.

A few days later, Randhawa and his family began planning a virtual walk and run event for September 19, 2020 — benefiting the Alberta Cancer Foundation and in support of the Cross Cancer Institute — called the Fight Against Cancer.

The family had already been impacted by COVID-19 restrictions in coordinating family visits to the hospital and making funeral arrangements. But Randhawa says they were undeterred by those challenges in planning the event. His mother was always a positive and grateful person, and she instilled those traits into her children and grandchildren.

“She left a big impact on us, the way she raised us. It [was] always, ‘be positive, be thankful,’” says Randhawa.

The family used that positive attitude to set an initial fundraising goal of $25,000. Randhawa was optimistic that number was attainable if everyone took a personal fundraising goal to their own social circles, relying on his family members’ positive relationships in their own communities.

Just before fundraising began, the family decided to raise the bar even higher, setting a new goal of $50,000.

Instead of a mass call-out for financial support, Randhawa spent time writing individualized emails to his friends and acquaintances and asked his family to do the same. Along with donations from people Randhawa hadn’t spoken to in years, donors also shared their personal stories and experiences with cancer.

“It was a private email going to every person, personalizing it to them, and it was overwhelming hearing [their] stories,” says Randhawa.

In two short months, the Randhawas raised a grand total of $53,035 for the Cross Cancer Institute. The grassroots campaign goal was achieved by donations that came via word-of-mouth messaging, support from friends and co-workers and a commitment to match donations up to $10,000 from Randhawa’s long-time employer, Durabuilt Windows & Doors.

In the end, the fundraising campaign received nearly 300 individual donations in total from across Canada.

On the day of the event, participants walked and ran in their homes or outside on their favourite trails, in Edmonton, Kelowna — where Randhawa’s sister lives — and beyond, sharing photos and videos with each other throughout the day.

Randhawa took part with a group of about 15 family members and close family friends in person in Edmonton, adhering to physical distancing guidelines, while bonding over memories of their matriarch. “She always had a smile on her face,” says Randhawa.

“She wanted to be with the family all the time and she always kept on smiling, even till the last minute.” 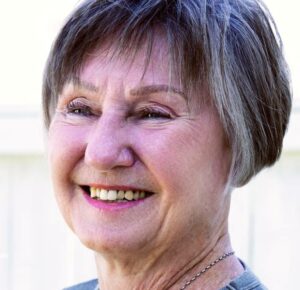 Laurel Baley on Being Part of the Solution