The Enbridge Ride to Conquer Cancer may have looked different in 2020, but one team’s commitment to raising money for cancer treatment, research and care was unchanged.

The Ride has been the Alberta Cancer Foundation’s largest annual fundraising event where thousands of participants take part in the endurance cycling event.

In the face of COVID-19, the 2020 Ride was held virtually, and participants were invited to choose their own fundraising and distance goals.

Team Vermilion, named for the small Alberta town of Vermilion, rode a modified 100-kilometre route around the community. The group consists of past and present Vermilion locals including team captain Darren Bratrud, Dean A. Barr, Craig Brown, Terry Duncan, Scott Webb and Joe Zeller. In spite of the challenge of not being able to hold community fundraisers, like barbecues and pizza nights, because of health and safety precautions due to the pandemic, Team Vermilion raised over $32,000 for the 2020 event.

The team credits its close-knit community as an advantage in achieving that level of support during challenging times. “Our team has a network throughout our community. [We’re] long-term members and I think [that] is what drives it,” says team member Craig Brown, who has good friends with family members who have undergone cancer treatment. “People know us and know people going through [cancer] and want to support the cause. It’s personal.”

The team members also committed to donating their own money to the Ride as part of their 2020 fundraising efforts. “As a team, all of us agreed we should make a [personal] donation,” Brown explains. “We felt if [we’re] out there fundraising it’s important to be able to say [we] actually donated, too.”

That personal connection to cancer is what inspired team captain and founder Darren Bratrud to first participate in the 2018 Ride. He was motivated after losing several loved ones to cancer, including a friend who had been undergoing treatment when Bratrud first signed
up for the event.

“I honestly believed that maybe he’d be at the finish line,” he says, “[but it] didn’t work out that way.”

In 2019, Bratrud recruited several of his friends to join the cause and Team Vermilion was born. That first year, the team raised around $52,000 to support Albertans facing cancer.

When it comes to clocking the endurance distance the Ride requires, the team finds inspiration on the trail itself when riding alongside participants with yellow flags, a signal the rider has cancer or is a survivor.

“You’re sweating it out up a hill, and you see a yellow flag and you think, ‘This isn’t so bad. I can do this,’” says Brown.

As for tips for new riders, the team believes that anyone who is thinking of participating will find inspiration and motivation simply by being part of such an important cause. That, in combination with a little practice, will help them go far.

“You really feel like you’re part of something and doing your little bit to help,” says Brown. 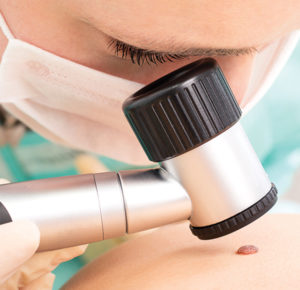 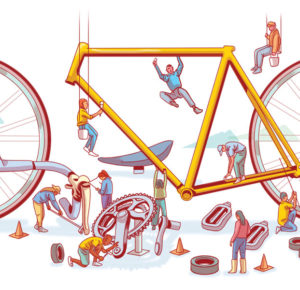 Inside The Enbridge Ride to Conquer Cancer