Over the last decade or so, grocery store shelves have become packed with a wide variety of dairy-free milk alternatives aimed at vegans, people with milk allergies and anyone else looking to avoid dairy. The sheer range of choices can be daunting, especially when the differences between milk-like soy or almond beverages and regular cow’s milk aren’t always clear to the consumer.

When choosing a milk alternative, consumers should first consider if cutting dairy out of their diets is a good idea in the first place. While plant-based “milk” may be the only choice for those with dairy intolerances or people adhering to a vegan diet, others may be attracted to dairy alternatives due to their shelf stability and convenience or because they’re often marketed as being a healthier alternative. Kristyn Hall, a consulting dietitian and registered nutritionist with Energize Nutrition, says that while non-dairy products sometimes have fewer calories than cow’s milk, there’s no conclusive evidence that avoiding dairy reduces the risk of cancer. Also, many of the nutrients found in dairy can contribute to better overall health and cancer prevention.

“If someone is going through a cancer journey, having a fear of dairy is not necessary nor is it supported by evidence,” Hall says. “That being said, if people want to take dairy out of their diet, it’s important to replace the total nutrient package with other alternatives.”

Those who do turn to alternative milk beverages need to look at labels carefully to make sure that they’re choosing something that will act as a healthy stand-in for milk. Hall warns that even though soy, almond and oat milk are frequently lumped together in a single category, their nutritional makeup varies wildly. Soy, for example, is usually the only option with a significant amount of protein. Flavoured almond milk often contains an excess of added sugar, and coconut milk may have a higher fat content than expected.

Hall also recommends choosing products that include vitamins D and B12, both of which are typically found in cow’s milk. When swapping out cow’s milk to a non-dairy alternative, it’s important to take stock of what dairy-related nutrients might be missing and make up for them with other foods or vitamin and mineral supplements as needed. Hall takes no issue with people opting for non-dairy, provided that they take the bigger nutritional picture into account.

“Dairy can be like a fast food in that it’s really nutrient-rich, with more than just calcium to offer,” Hall says. “But some people do not want to have cow’s milk for a variety of reasons, which is fine because we have all of these other options. You just have to be mindful that they’re not 100 per cent comparable, so it’s important to make informed choices.”

In addition to different nutritional properties, each non-dairy alternative has a unique texture and flavour. Here are some to consider:

Similar in consistency to skim milk, almond milk’s taste can be sweet with a hint of nuttiness. Use it with cereal or in baking.

Thicker than many dairy alternatives, soy milk goes well with coffee, which tends to mask its somewhat chalky flavour.

Naturally thick and slightly sweet, oat milk is a favourite of latte drinkers and also works in soups and baking.

Coconut beverage (found in cartons) is different than canned coconut milk used for cooking. More watery and lacking that strong coconut flavour, the beverage version is suitable for use with coffee or cereal.

One of the first dairy substitutes on the market, rice milk has a neutral flavour and can have a thinner consistency than dairy. 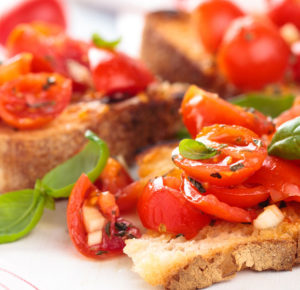