On a chilly Sunday morning in November 2019, 220 participants along with some local celebrity mascots, including Hunter from the Edmonton Oilers, took part in West Edmonton Mall’s (WEM) inaugural Walk against Cancer. The five-kilometre route covered each wing of the mall and both floors.

“It was exciting to see how many people came out to support the event and that we were all connected by a common bond: our fight against cancer,” says Daniel Person, the vice president of specialty leasing and partnerships at Triple Five Group, the company that owns the shopping centre. “Believe it or not, we didn’t even walk the entire mall, as it’s so big — we were pretty surprised by that. Next year, we’d like to double participation and, hopefully, the dollars will take care of themselves.”

The event was planned by Team WEM Cares, a volunteer organization that was created about three years ago to help to improve the lives of those in the local community. The organization is made up of WEM staff who are passionate about doing good in the community and includes everyone from frontline workers and executives to security officers and marketing and accounting staff.

“It’s a very diverse group of people and every division is represented,” says Person, who celebrates 21 years with the company this year and also chairs Team WEM Cares. Since its inception, Team WEM Cares has organized a number of events, from a garbage clean-up around the property and surrounding streets, which resulted in the collection of 23 bags of trash in 2019, to a tree-planting initiative with Edmonton’s Roots for Trees to a dog adoption program held in the mall.

WEM’s Walk against Cancer event came about during a roundtable discussion with the Team WEM Cares committee. The idea was inspired by Triple Five’s sister property Mall of America, located in Bloomington, Minn., which has held similar walks. The committee decided to partner with the Alberta Cancer Foundation as the organization resonated with so many of the staff, and its donation platform made it easy to fundraise.

“We’ve lost some great employees to cancer over the last number of years. We also have people who have lost family members and friends to cancer, and so the Alberta Cancer Foundation is very easily identifiable to many of us,” says Person.

A friendly competition to see who could raise the most money in support of the walk emerged amongst the various WEM departments. When the Ghermezian family, the owners of the Triple Five Group, found out what the team was doing, they agreed to match any donations raised to the first $20,000. When all was said and done, $50,000 was raised for the WEM Walk against Cancer event in support of the Alberta Cancer Foundation.

Before the event took place, Person and some members of the Team WEM Cares committee had the opportunity to go on a tour of the Cross Cancer Institute and see some of the work that is funded thanks to donations to the Foundation.

“Ultimately, $50,000 may not be a ton of money, but it goes towards saving lives, and raises awareness of the amazing work of the Alberta Cancer Foundation and the researchers, doctors and nurses who are out there treating cancer every day,” says Person. “The event also brought our company together. It’s our goal to grow Team WEM Cares into something that WEM and its network of tenants and partners can participate in to contribute to our city.” 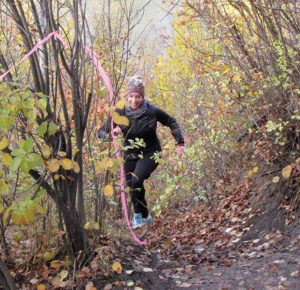 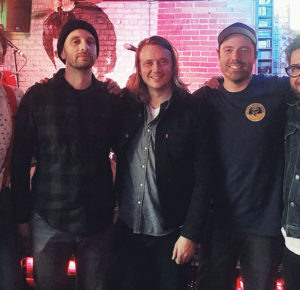