“From my perspective, until we have a world free from cancer, there is no finish line,” he says.

In 2005, when Gregory was 37 years old, he was diagnosed with testicular cancer. He underwent surgery and three rounds of chemotherapy to treat it in Vancouver, where he was living at the time. In 2012, after five years of regular monitoring, he was declared cancer-free.

“I really feel as though my life was saved by the people who dedicated themselves to cancer research,” he says.

The Ride is the Alberta Cancer Foundation’s biggest annual fundraising event — the money it raises helps support the research, treatment and care Gregory is so grateful for.

This year, however, the social distancing measures in place to prevent the spread of COVID-19 made the 2020 event impossible and, in April, the Foundation announced that an in-person Ride event would be deferred until 2021. (Since that time, the Foundation announced that a virtual Ride campaign has been organized with a virtual rally taking place on August 29, 2020.)

“I thought, ‘What can I do differently to support the Foundation at this time of particular need?’” Gregory says.

In addition to his more than 13-year-long volunteer commitment to fundraising for cancer research through cycling, Gregory, who has lived in Edmonton with his family since 2014, also spent several years working as the director of corporate engagement for the Foundation. Luckily, he had a strong sense of how to organize a fundraising campaign.

Inspired by the peer-to-peer fundraising model of events like the Terry Fox Run, Gregory decided to create an inclusive, online-based fundraiser for Albertans still committed to supporting cancer research and the Give’r Project was born. Hosted on the online platform OneCause, the fundraiser allows Albertans to commit to a goal and raise money as they move toward meeting it.

Gregory says the online platform is easy to use and takes as much time to register as it would to order a soccer ball from Amazon. Once registered, people can join an existing team, create a new team or contribute as an individual. Participants can then set a goal for themselves and ask their social network to donate as they work toward completing it.

Gregory will represent team Cross Cancer Institute as a co-captain for the Give’r Project, and has committed to cycling and running 8,000 kilometres over a year, the distance across Canada, which he plans to complete by April 2021. But fundraising goals aren’t limited to physical activity. People can participate in whatever way is meaningful to them.

“For their Give’r Project, they can commit to open water swimming or gardening or walking or even learning to play the piano,” Gregory says.

Another benefit of the flexible model is that participants can be explicit about where they want funds to go.

Gregory is hopeful that other Albertans, committed to the vision of a world free of cancer, will find meaning and purpose in the campaign.

“Hopefully, the thousands of people all around the province who have been affected by cancer and are already going for runs or rides or walks ask, ‘What if we had a higher purpose for this thing that we do?’” he says. “If your heart wants to support the Alberta Cancer Foundation, join the Give’r Project and give where you live.” 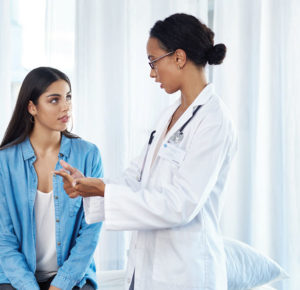