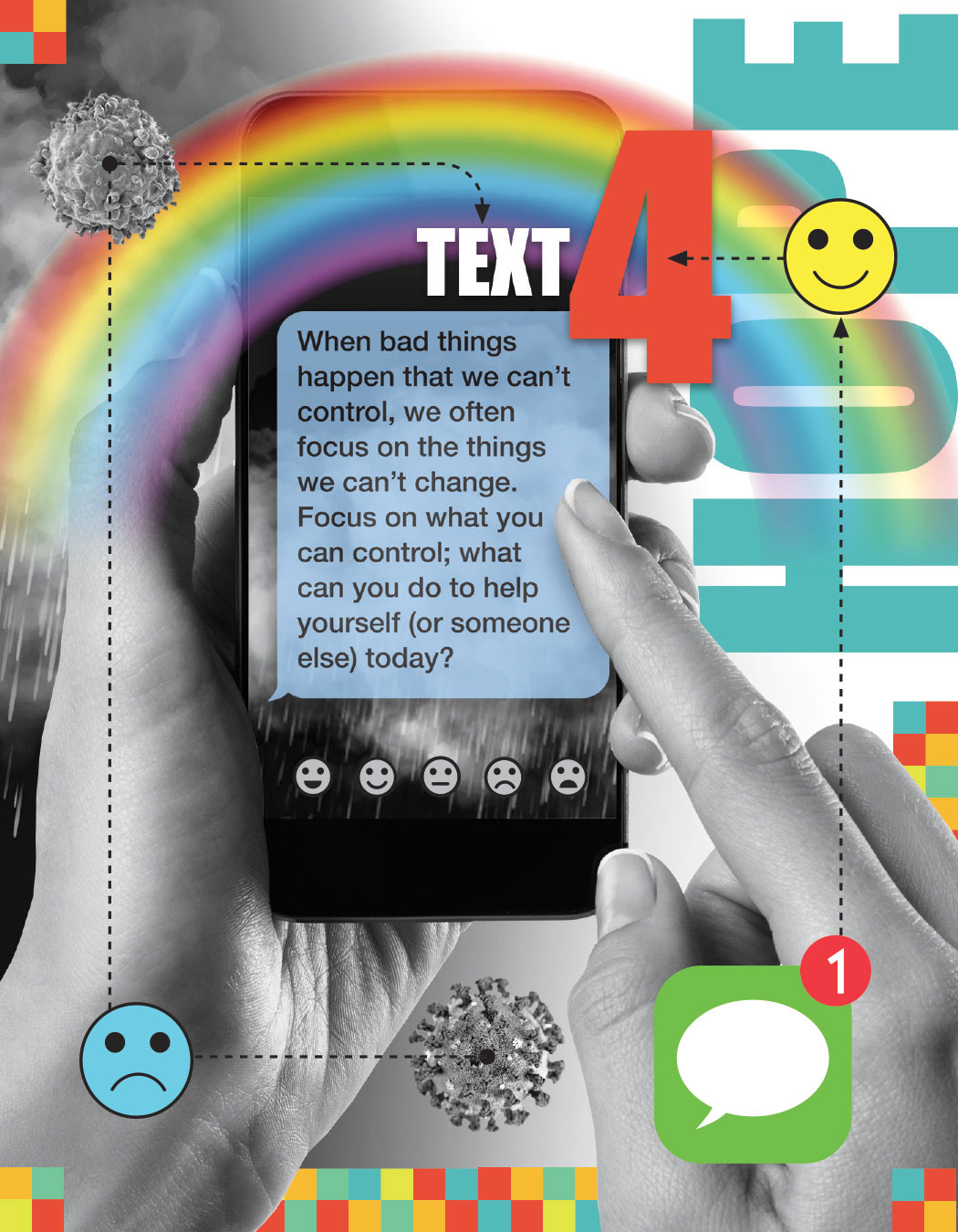 Text4Hope CancerCare (T4HCC), a cancer-specific arm of the initiative, was recently launched in May. Like the general Text4Hope initiative, users receive three months of daily messages upon subscribing. While many of us are experiencing the same anxieties due to the pandemic, T4HCC aims to address mental health from a cancer-specific lens.

“With a lot of people who are diagnosed with cancer, the default thinking is that they are going to die, whereas the general population is largely worried about jobs, the economy and possibly being infected by the virus,” says Dr. Vincent Agyapong, program lead of Text4Hope. “For people with cancer, the doom and gloom is more ominous. That’s what we are trying to deflect attention from — because the more ominous you are thinking, the more depressed you become.”

Cancer-specific messages that subscribers receive include both tips and prompts for personal reflection. For example, one daily text reads, “Having cancer and dealing with COVID-19 is a lot to cope with. Try to carry on with your normal routine as much as you can. Get up and dressed every day.”

Text messaging as a means of health care has a rich, if recent, history. Agyapong has dedicated his career to improving access to mental health by studying this subject and building systems with demonstrable success. Agyapong holds two doctorate degrees from Trinity College Dublin, the University of Dublin in Ireland: a research MD in Clinical Psychiatry and a PhD in Global Mental Health. He first researched whether text-based supports could help supplement existing in-person supports during these studies, and the answer was a resounding yes.

“The results of the testing indicated that patients who received supportive text messages as part of their treatment fared better than those who did not,” he says. These would become consistent findings in his work over the next eight years.

Agyapong relocated to Fort McMurray in 2013, and recalls, at the time, the average wait time for access to a mental health therapist was around 14 weeks. He saw this gap in accessibility as an opportunity to apply his Dublin findings to a care approach that would also yield additional research on the subject. So, he ran randomized control trials in both Fort McMurray and Grande Prairie.

The success of those trials led to the launch of the Text4Mood program in January 2016 and later, after Agyapong moved to Edmonton that year, Text4Support, a referral-based texting program with specialized messaging relevant to diagnoses.

Agyapong says participants in all these initiatives have reported improvements to their mental health, and that access to text-based care reduces costs to both the health-care system and individuals. Text4Hope continues this research and users can consent to be part of that when they sign up.

Ask the Expert: Lympedema and weight loss during treatment