Janet Vandale, a clinical nurse specialist in palliative care in Calgary, met Dawn (not her real name) last spring, shortly after Dawn’s advanced cancer diagnosis. For more than a year, with Janet’s support, Dawn was able to voice her fears and anxieties, her symptoms were managed, and practical end-of-life arrangements were made in advance, all of which improved her well-being as she lived with cancer.

Palliative care, a medical specialty that emerged in the mid-1960s, helps improve the quality of life for individuals like Dawn, their families and their care team. According to the Canadian Medical Association Journal, palliative care includes “preventing, screening for and relieving pain and distress associated with the challenges of living with a life-threatening illness.” It provides pain and symptom management, as well as psychosocial, emotional, spiritual and practical support.

For over 30 years, groundbreaking research in palliative care, how it is offered and how it can improve the well-being of cancer patients, has taken place in Alberta. And the research continues today, helping ensure that holistic care can reach more cancer patients, sooner.

Dr. Eduardo Bruera has worked in palliative care for 36 years, entering the medical specialty when it was in its infancy. He was driven by a desire to limit the pain, emotional struggles and other distresses he saw among cancer patients.

“During my training as an oncologist [in Buenos Aires, Argentina, in the 1970s and 1980s], we were all focused on curing cancers,” says Bruera, now the chair in the department of palliative, rehabilitation and integrative medicine at the University of Texas MD Anderson Cancer Center. “But I was seeing patients in terrible physical and emotional suffering. Oncologists knew nothing about how to support those patients.”

It was then that Bruera decided to focus on research, making discoveries that would help improve the way cancer patients lived with the disease.

“I wanted to learn more. I sent 52 letters to different institutions around the world, [gauging] interest in bringing me on as a research fellow in palliative care, says Bruera.

He got one response. In 1984 Dr. Neil MacDonald, another palliative care pioneer and director of the Cross Cancer Institute (CCI) in Edmonton, recruited Bruera to the CCI’s palliative care research program to work as a clinical research fellow. The huge amount of work Bruera put in while at the CCI in the 1980s and 1990s was instrumental in reducing cancer patients’ distress. For example, his research led to the creation of the Edmonton injector, an inexpensive and easy-to-use pain-relief contraption. He did extensive research on pain medications, discovering uses for new opioids and finding less invasive methods of administering them. He found that rotating opioids, instead of prescribing only one, also was more effective at mitigating patients’ pain.

“We did a lot of studies [and the results] ended up becoming part of the daily practice in palliative care, not only in Canada but in many other countries,” says Bruera.

Since 1984, Bruera has published more than 1,200 papers and trained hundreds of palliative care specialists around the world. And the work he did at the CCI was influential in directing how palliative care is practiced today.

Current research in Alberta aims to get patients this life-improving care as soon as possible.

“I think the earliest attempts at palliative care were looking for quality at [a patient’s] end of life. These days, palliative care is looking [to improve] quality of living, after diagnosis and right through to end of life,” says Dr. Jessica Simon, an associate professor and division head of palliative medicine in the department of oncology at the University of Calgary.

Simon says, typically, patients receive palliative care only within the last two months of their life. And at that point, they can be in serious pain and distress.

“I think one of the difficulties is that, in many people’s minds, palliative care is still associated with end of life, on the final days and hours, rather than the final months and years,” says Simon. “But the research evidence tells us that when we do provide palliative care earlier, people enjoy a better quality of life and they have better symptom control for longer. So we’re trying to change that perception.”

One element of this project was the designing of an early palliative care pathway, which aims to get patients referred to palliative care specialists two months after diagnosis or sooner. Simon hopes the results, expected in 2021, will prove that earlier palliative care is integral to reducing physical, emotional and social distress for anyone diagnosed with a serious illness.

“Our long-term vision is that all patients with advanced cancer, and patients with any life-limiting disease, benefit from early palliative care,” says Simon. “We can’t forget that lots of people live with cancer for many years. We need to make sure that everybody living with cancer gets the best quality of life they can.” 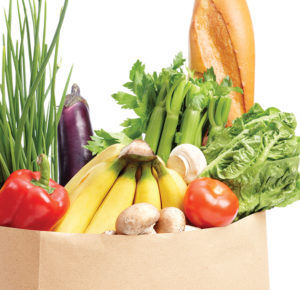 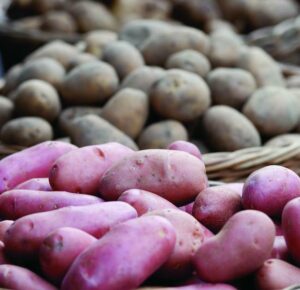