When it comes to cervical cancer, Alberta women have access to one of the most robust screening programs in Canada.

Cervical cancer is preventable, which makes screening vital. Today, women between the ages of 25 and 69 are automatically included in the ACCSP, and are sent letters reminding them to get a Pap test from their health-care provider. A Pap, the main screening test for cervical cancer, checks the cells of the cervix to ensure there are no abnormalities present. Following testing, women will receive a result letter from the program letting them know if their results are normal, unsatisfactory (meaning the lab was likely unable to read the sample) or abnormal. If abnormalities are found, a woman is contacted by her doctor or nurse for follow-up testing. Depending on the type of result, this may include a repeat Pap test, HPV reflex testing, where the sample is tested for human papillomavirus (HPV), or a colposcopy, a procedure similar to a Pap that examines the cervix using a special microscope. During a colposcopy, a biopsy may be taken from areas that appear abnormal for additional testing.

The ACCSP began in 2000 in the former Calgary and Palliser Health Regions and has since grown to include the entire province, an expansion that was made possible thanks in part to an $800,000 grant from Alberta Cancer Foundation donors in 2011.

“In 2000, we started with two health regions, in 2011 it truly became provincial, and now we’re at 2020, and this is a well-established program that continues to evolve based on clinical practice guidelines and changes,” says Monica Schwann, director of Screening Programs for AHS. “I think one of the things we take pride in is being quite innovative and trying to adapt as evidence changes.”

New research was behind a significant shift to the program in 2009, when health-care providers were encouraged to raise the starting age for screening from 18 to 21. In 2016, new guidelines suggested the age be increased to 25, where it remains today. For women who have normal Pap test results, the program also moved from annual screening to testing every three years.

These changes were made in response to findings that HPV, the virus that causes most cervical cancer, takes a fairly long time to move from infection, to dysplasia (the presence of abnormal cells), to cancer.

“Support from other agencies and specialties, and our own evidence, suggests women generally get infected early in their lives and 80 per cent or higher will resolve HPV on their own,” says ACCSP’s program manager, Gordon Kliewer. “[In shifting the timing of screenings], we’re really looking at benefit versus harm — the question is why are we over-screening women when we can produce less anxiety and provide much better care [without the need for intervention].”

Electronic reporting has also played a significant role in the ACCSP’s evolution. The addition of the Cancer Screening Status Report to Netcare in January 2019 allows doctors to see the screening status of their patients and plan accordingly. Colposcopy reporting is also now available through Connect Care in the Edmonton zone, with plans to expand as other zones come online.

Recently, the program also worked with the College and Association of Registered Nurses of Alberta (CARNA) and provincial labs to enable registered nurses to use their identifiers to submit Pap test samples. This gives nurses who perform screening the ability to follow up with patients directly, resulting in streamlined care, which is particularly beneficial for women in rural and Indigenous communities.

Faster care will also contribute to the program’s goal of being the first in Canada to have 90 per cent of women, whose Pap results show moderate to severe cell changes, be seen for colposcopy within six weeks. Five years ago, only 11 per cent of women were seen within this timeframe; today, that number is 60 per cent.

“Women don’t have to die from cervical cancer and [they] don’t have to have advanced cervical cancer. By screening regularly and finding abnormal cells early, women can be treated before it even becomes cancer,” Schwann says. “That’s really the guiding principle around our work.”

Visit screeningforlife.ca to learn more about cancer screening in Alberta. 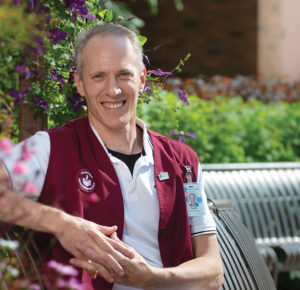 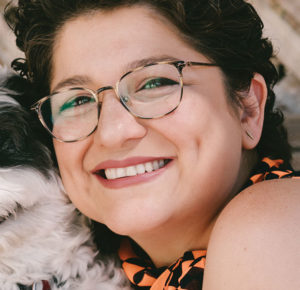