Philanthropists and entrepreneurs Elisabeth and Reinhard Mühlenfeld were perhaps destined to meet. Following the Second World War, they each moved to England from Germany. Years later, they met in Gloucestershire as a result of the matchmaking endeavors of Elisabeth’s mother. The couple wed in 1962, had three children together and were married for 56 years until Reinhard’s passing in early 2018.

“My husband was a quiet, caring and humble man. He was very generous and was proud of his success,” says Elisabeth. “He also had incredible leadership qualities and his approach to treating people honestly and respectfully never wavered.”

Prior to Reinhard’s arrival in England in 1952, he worked as a farm labourer in Germany, saving his wages so he could study agriculture. He was later chosen to manage a farm in England, looking after pedigree Friesian dairy cows. Realizing that there wasn’t a future in farming unless you had enough money to buy your own farm, Reinhard changed direction and studied industrial engineering. Initially, he worked for a large cotton mill in Lancashire and went on to manage production at the Imperial Typewriter Company in Hull, Yorkshire. When that company moved to the Netherlands, he had the opportunity to relocate there with his family or to take up another offer: a two-year contract to build a canola plant in the northern Alberta town of Sexsmith, located about five hours northwest of Edmonton.

“We decided it would be an adventure for the family to move to Canada and, once there, the kids loved it. [At the end of the contract] Reinhard had an offer for another year, and after that, well, we didn’t want to go back,” says Elisabeth.

The family settled in Edmonton, and Reinhard started his own business in feed mills. He became aware of a gap in the market for dog food, and he founded Champion Petfoods in 1985. The company quickly became an enormous success and today has more than 500 employees. Its award-winning Acana and Orijen pet foods are distributed across Canada and in more than 90 countries around the world.

“He would wear his pin, but if anybody asked him what it was for, he would just smile and say, ‘Oh, it’s just something I earned,’ and I would have to tell them,” says Elisabeth.

When the couple decided to retire in 2010 and accepted an “extremely good offer” for the business, their thoughts immediately turned to how best to share their wealth with the various charitable organizations in their community.

“Reinhard’s motto was that if you have enough, you should share. That’s how he looked at it,” says Elisabeth. “He was a big bursary contributor at the university because education was important to him. And, we felt hospitals and organizations such as the Alberta Cancer Foundation never have enough money, and the staff are so incredibly caring and passionate about people.”

The Foundation has been the recipient of the Mülenfelds’ generous philanthropic support towards the positron emission tomography (PET) imaging program at the Cross Cancer Institute. The funds were put towards the purchase of a PET CT and a PET MR for the cancer centre in Edmonton. These two pieces of technology allow researchers to provide advanced imaging and more precise therapy for patients.

Reinhard would always shy away from any attention given to his charitable donations. Still, Elisabeth speaks fondly of the immense pleasure he took from giving back and how happy he was to share the wealth from his success. She hopes that he wouldn’t mind too much that she continues to honour him posthumously. “Reinhard would always make something of every opportunity, and we had a wonderful life together. I told him the sky was his limit,” says Elisabeth. “But he went past that, and he touched the stars.” 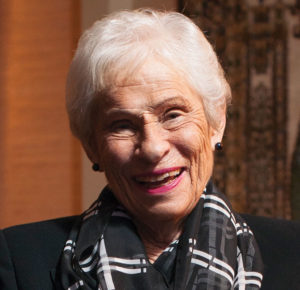 Why May Pringle Donates 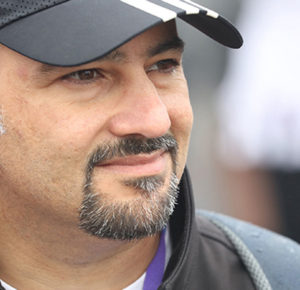