When Brian Palinka was diagnosed with melanoma in 2013, cancer became part of his life. But even when it spread to his lungs in 2017, he was determined not to be defined by his disease. Only in his early 40s, Palinka wanted to continue to pursue his passion for running road races and his career as a tradesman in the oil and gas industry. His cancer was an issue that needed to be dealt with, but Palinka knew that he was still the same person he’d always been.

Unfortunately, not everyone in his life treated him that way. During his treatment, Palinka, who lives in St. Paul, Alta., regularly fielded texts from family members who only wanted to talk about his health status. He also found himself needlessly being assigned lighter tasks at his oil field job. Single and actively dating, Palinka felt like he should disclose his diagnosis to potential partners, but also knew that the words “I have cancer” could drive them away.

“After my diagnosis I got a lot of support from people, but there were also a lot of friends that I just didn’t hear from,” he says. “They felt uncomfortable. I’ve had people tell me since that they wanted to call, but didn’t know what to say.”

Today, thanks to improved treatments and outcomes, and the fact that people are more open about changes in their health, the stigma surrounding cancer isn’t as strong as it was several years ago. But Palinka’s experiences illustrate that, while we’ve come a long way from the days when people talked about “the c-word” in hushed tones, there is still a certain stigma around a cancer diagnosis.

Dr. Jill Turner, a clinical psychologist and the supportive care lead for CancerControl Alberta North, based out of the Cross Cancer Institute in Edmonton, has observed this to be true. She supports patients and their families through some of the psychological and emotional challenges that come with a cancer diagnosis and treatment. Turner says that many people still get very nervous when an acquaintance or loved one is diagnosed or treated for cancer and may not know how to support them. For some patients, a cancer diagnosis, and all it brings, can create feelings of isolation and loneliness, especially if friends and families struggle to understand the experience.

“There are still people who see cancer as a death sentence and are influenced by that,” Turner says. “So they get afraid or nervous and don’t know how to approach people who have cancer.”

This, coupled with a patient’s own preconceived ideas about cancer, can fuel depression, anxiety and other mental health issues, which can make patients feel further stigmatized. Turner says that it’s natural for patients to struggle emotionally, but that they shouldn’t feel self-conscious if they need to reach out for help in addressing their feelings, especially if they feel like they’re not getting sufficient support from friends and family.

“It’s normal to struggle with strong or difficult emotions with a cancer diagnosis but that doesn’t mean that it’s easy,” she says. “There are professionals and resources that can help patients and their family members cope with the diagnosis, treatment and life after a diagnosis.”

Turner’s department treats both cancer patients and their families, and there are similar services at the Tom Baker Cancer Centre in Calgary, and regional cancer centres throughout Alberta, including new virtual counselling and support options. Over the course of her 20-year-long career, Turner has seen a definite increase in both patients and their loved ones seeking her services. Patients have the option of coming in for one-on-one counselling, couples counselling or utilizing various support groups, all of which are available without a referral from their doctor. “If patients are struggling with that sense of isolation and the sense that nobody understands them, a support group can be a really powerful place to lessen that sense of being alone,” Turner says.

As for Palinka, he’s found solace and belonging in running, having recently competed in a half marathon in Las Vegas as part of a cancer fundraiser. His cancer is now in remission and he’s made it his personal mission to show people that his disease hasn’t changed him — it’s only made him stronger.

“Even when I was in treatment I was running races and people would look at me and say, ‘Aren’t you sick?’ They were surprised that I was running anyway,” Palinka says. “You can prove to people that you’re still the same person, which is what I’m trying to do.”

How to be there

No one wants to do or say the wrong thing when a friend or family member has cancer. Here are some tips on how to help ease challenges:

Engage in activities you enjoy.

If you’ve always golfed or gone to the movies together, continue to do so when possible.

If they are tired of thinking about cancer, talk about other things. It’s OK to take a break from cancer talk.

Let them know you’re there for them.

If they do want to talk about their cancer, be there to listen or help with practical things like picking up groceries or cooking a meal. 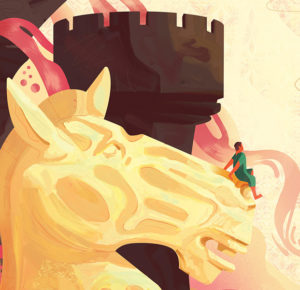 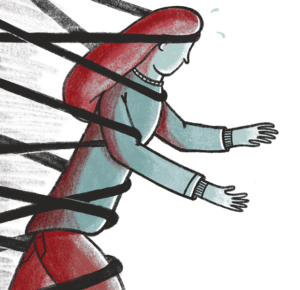