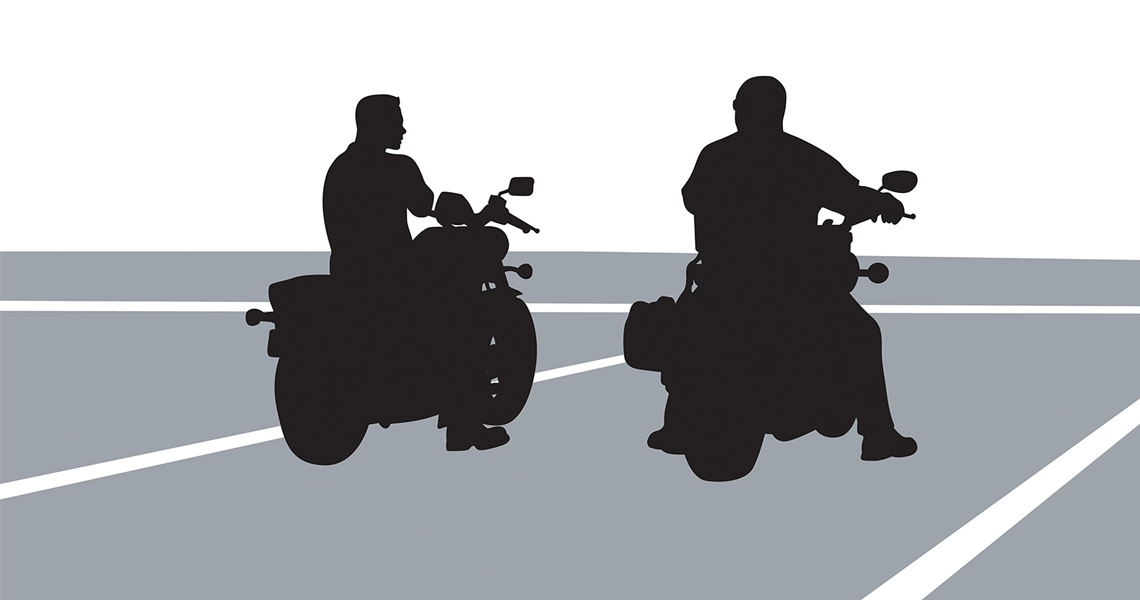 It was quite the sight to see. Seventy motorcycles rode 300 kilometres in formation between legion halls surrounding Edmonton for Motorcycles Ride Against Cancer (MRAC), a fundraising event for the Alberta Cancer Foundation’s Patient Financial Assistance Program (PFAP).

Event organizer Ray MacNeil had periodically organized fundraisers in support of cancer-related charities throughout the years but had his first two MRAC events in Alberta in 2009 and 2010, raising as much as $62,000. The fundraiser went on hiatus for a few years as his work schedule called for him to be out of town and available on short notice.

MRAC returned on July 20, 2019, and raised over $52,000 for PFAP, a program that provides financial support to patients in need who are undergoing active treatment. This program helps to cover costs such as food, housing, medication, childcare, and transportation so that patients can focus on healing rather than trying to make ends meet. Every year, the Foundation disperses more than $1 million to patients and families who need support across the province.

Throughout his childhood MacNeil, who is an electrician and welder and now works in construction management, recalls seeing both friends and family affected by the disease, so he chose the beneficiary with great care.

MRAC is an inclusive event. “Everybody is welcome to come on the ride, and it doesn’t matter what kind of motorcycle you have,” he says.

The event is what’s known as a poker run, which is a coordinated ride (by motorcycle, horses, boats etc.) between five different destinations where participants draw a playing card at each stop. They compete for the best hand, which is decided at the end of the day, with plaques awarded for first, second and third place. The participants of MRAC rode together between five legions in St. Albert, Devon, Mulhurst, Wetaskiwin and Leduc — some 300 km in all with 70 motorcycles carrying 81 riders from 16 different unions. In addition to advance fundraising primarily done by the unions, a donation jar was carried from stop to stop throughout the day.

Union involvement is an essential part of the fundraiser. It’s that bond between workers that helped make MRAC such a success. MacNeil, who has been a member of the International Brotherhood of Electrical Workers Local 424 since 1973, encouraged the 14 unions represented by the Building Trades of Alberta to get on board and help raise funds.

Individual unions already donate to multiple charitable partners, but, on top of that, they reached into their coffers to rally behind the Alberta Cancer Foundation.

Bikers in the fundraiser are serious about giving, but they also like to have fun. Beyond first, second and third place, a special consolation prize called, ahem, the “horse’s ass” is awarded to whomever has the worst luck during the day. For example, one biker forgot to use his kickstand and his bike toppled over, a serious “gaffe” in the motorcycle community. This tradition serves as a reminder that giving is much more important than winning a hand of poker.

COVID-19 will likely force the event to pause this summer, but MacNeil is hopeful the unions will be engaged in different ways.

Five Ways Your Donation to the Calgary Cancer Centre is Helping us OWN.CANCER