For Dr. Warren Chan, working on a small scale can mean making a big difference.

Through his work as a professor and director of the Institute of Biomaterials and Biomedical Engineering at the University of Toronto (U of T), Chan is helping the progress of utilizing nanotechnology for medical use, creating more precise treatment through materials approximately 100,000 times smaller than the diameter of a human hair.

“We live in a world of technology where we should be able to be more precise in how we do these things,” he says of medical treatment. “What my lab works on is actually trying to deliver drugs specifically to target sites, and our target site is a tumour.”

Chan’s passion for advancing patient care goes beyond his own research, too. In his time away from the lab, he acts as an academic reviewer for several funding bodies, including the Alberta Cancer Foundation. By taking a critical look at research proposals, Chan helps assess what work he believes is worth funding, weighing each for its potential to make an impact.

“My role is to figure out what’s the best science with the highest potential to impact cancer in Alberta,” he says. “I’m always happy to do it. That’s part of the service as an academic.” Chan’s expertise as an academic reviewer further shines in his ability to translate complex science into layman’s terms for review committees. It’s a skill that’s particularly useful for patient advisor committee members who say Chan not only helps them understand the science behind the research, but also allows them to express their ideas in meaningful ways.

The Alberta Cancer Foundation is responsible for allocating donor dollars to the most cutting-edge technology and research that will have a direct impact on patients facing cancer. Having Chan’s knowledge on board is invaluable for health-care professionals, and by extension, patients and families in Alberta and beyond.

“The impact [of Alberta Cancer Foundation funded research] in Alberta is immediate, but if it works, the technology can affect cancer patients all over the world,” he says.

In terms of his personal research, Chan’s interest in nanotechnology began in the late 1990s, when he worked on new strategies to label a cell for imaging during grad school at Indiana University. Noticing the shortcomings of using organic molecules, which were the norm at the time, he switched to the alternative of nanoparticles with metal components. Using these new materials, he developed “quantum dots”— fluorescent nanocrystals that glow different colours, which made them ideal for labeling molecules on cells. Following this success, he began to see the potential in medical application.

“We discovered, as time went on, that we may be able to use these as contrast agents for imaging tumours and cancer and all different types of diseases,” says Chan. “That’s when I began working in applying nanotechnology to medical detection or medical applications.”

The research has continued over the subsequent decades, with Chan and his team further developing the medical use of nanotechnology. Through meticulously designing carriers to transport drugs within the body, nanomaterials can be used to precisely locate and treat tumours.

Not only is this precision beneficial in treatment by increasing efficiency and limiting side-effects common in full-body therapeutics, it’s also effective in diagnosis and early detection. While Chan notes nanotechnology in cancer care is still in its infancy, its potential is exciting.

“When you think about it, it’s pretty rad, right? You can design something that can target a specific cell type or specific molecule in the body,” he says.

In Toronto, Chan’s research is done through his Integrated Nanotechnology and Biomedical Sciences Laboratory at the U of T — known as the Chan Lab. Comprised of around 20 graduate students, postdocs and a research scientist, the Chan Lab takes on several facets of nanomaterial application and carries out groundbreaking work in the field.

Recently, the lab published a paper suggesting that nanomaterials enter through tumour cells, rather than between gaps in the tumour blood vessel. According to Chan, this idea could challenge the way nanotechnology is applied in cancer application.

Today, Chan is hesitant to speak about his professional legacy just yet, insisting there’s still more he hopes to accomplish. When asked of his proudest achievement to this point, however, his answer requires nearly no pause.

“That’s easy. What I’m most proud of is my trainees,” he says. “It’s been incredible to watch them grow from understanding how to do basic experiments to the point that they can tackle the biggest problems in the world. 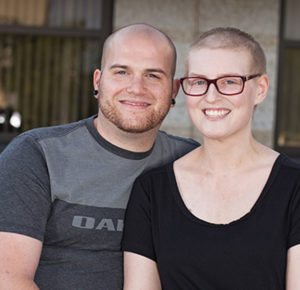