Despite being rare, pancreatic cancer is one of the world’s deadliest cancers, with a typical life expectancy after diagnosis of less than a year. In 2019, an estimated 5,800 Canadians were diagnosed with the disease, 5,200 of whom died from it. However, Dr. Jennifer Spratlin, a medical oncologist specializing in gastrointestinal cancers at Edmonton’s Cross Cancer Institute, says she’s seen a large uptake in research and treatment since she began specializing in pancreatic cancer in 2008. Here, she explains the disease, as well as the signs and symptoms to look out for.

What is pancreatic cancer?

It’s a tumour that starts in the pancreas, which is an organ behind the stomach. The organ is responsible for several different functions, including regulating sugars and making proper enzymes for digestion and absorption of food nutrients. The cancer typically spreads early to other organs in the belly — particularly the liver, lymph nodes around the pancreas and inside the belly cavity. The thing about this cancer is people aren’t often aware of it until it has spread, and cure is not possible. People know where their breasts are and remember to look for lumps, for example, but if you ask somebody where their pancreas is and what it does, they don’t usually know.

What are the different types?

Adenocarcinoma is the most common type (95 per cent of cases) and typically the one that has the shortest life span associated with it, but there are a few subtypes. There’s another type called neuroendocrine tumours of the pancreas that’s treated very differently.

What are the common signs and symptoms to look out for?

Part of the problem with diagnosing pancreatic cancer is that patients typically will have symptoms going back months or years, but they are very vague. Commonly, it’s a general feeling of being tired or rundown. People often lose weight, and there might be some vague abdominal pain that can feel like indigestion or gas pains. Sometimes there is back pain. There’s often changes with bowel function. People often use “sometimes” instead of “often” and end up getting diagnosed with diabetes within the months leading up to a pancreas cancer diagnosis — but diabetes is also common in the general population. There’s a link between pancreas cancer and depression as well, but depression and mood changes are also very common in the general population. So, you can’t screen all people with these symptoms.

What are the risk factors?

It’s generally a disease of the elderly over 65 years old. It’s also associated with excess alcohol use and smoking — particularly with the two used together, but not always. There are some genetic factors that come into play, but there aren’t genetic screening recommendations that we know of if there is a family history of pancreatic cancer.

What advice do you have for people who experience these symptoms?

Generally, people know their own bodies. And if anyone feels unwell and recognizes a grouping of these symptoms, then they should approach their family physician. Awareness is key. This disease is so uncommon, and there’s no real test for screening, so people need to advocate for themselves and pay attention to their bodies. 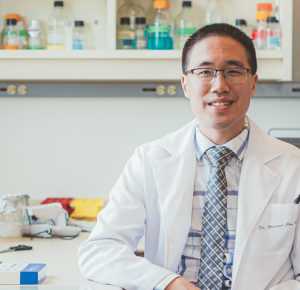