Cara Bradfield had a plan. As an elementary school teacher, planning was in her DNA. But this was more than a lesson plan — it was a road map for the next chapter of her life. She was 23 years old, had just begun her second year teaching third grade and had recently moved into a new house with her now fiancé. Everything was going according to plan — until, suddenly, her plans derailed.

In fall 2017, Bradfield was experiencing severe pain. She saw several different doctors, including multiple visits to the emergency room, and received x-rays and ultrasounds until they found a mass. Through all of her appointments, Bradfield remained persistent and continued to fight for a diagnosis. She had a CT scan, then eventually an MRI that revealed the mass was likely some form of malignant and aggressive sarcoma. After a biopsy at the Cross Cancer Institute, she was finally diagnosed with Ewing’s Sarcoma, a rare and debilitating type of cancer that forms in the bone or soft tissue surrounding bones. Within two weeks, she started chemotherapy.

“I expected to move forward in my career and my relationship, and to make a life for myself,” she says. “But, suddenly, I couldn’t.”

Cancer changes anyone’s life, but especially an adolescent or young adult’s (AYA). The appointments and anxiety associated with a new diagnosis and the treatment that follows can be especially intense for someone just beginning their adult life.

This kind of pressure isn’t uncommon. It’s why Alberta Health Services began its AYA Patient Navigator program in early 2014. The first phase of the program took place in northern Alberta. Today, thanks to the generous support of Alberta Cancer Foundation donors, there are two AYA patient navigator roles in Alberta. The first of its kind in Western Canada, the program provides support to AYAs facing cancer with challenges unique to their age group.

Take Bradfield. She didn’t have years of savings to draw from, like an older adult might, and Ewing’s is rare, so she didn’t have peers to talk to. She was worried about the long-term effects of taking time off from her teaching position and she had concerns about her fertility. Adult cancer patients might have had children already, but Bradfield hadn’t yet, and motherhood was a key part of her plan.

Jodie Jespersen was the program’s first official AYA patient navigator. (She’s since taken a role with the Stollery Children’s Hospital Foundation.) Bradfield met Jespersen before she even began treatment. Jespersen would check in and sit with her during chemo sessions. If Bradfield needed information, Jespersen could find it. For instance, she helped Bradfield deal with work challenges, like transitioning from teaching full-time to being on medical leave, among other things.

Jespersen says it’s essential to support AYA patients because this time in their lives is particularly important.

“What happens during these significant years of young adulthood can have a lasting impact on the rest of their life,” Jespersen says. “Our young people have so much life left to live that it’s so vital that they feel valued, respected and listened to by their cancer team.”

“To her, I wasn’t a sick cancer patient,” Bradfield recalls. “I was a person. Jodie made me feel like I would get back into my real life again and beat this. She didn’t sugarcoat things, because you can’t sugarcoat cancer, but she made it a little easier. She gave me hope.” Not only did Jespersen help Bradfield stick to her life plans, she also made it easier when life took a detour. In March 2018, after six cycles of chemo, Bradfield had surgery in Edmonton at the Misericordia Community Hospital. In August, she travelled to the Massachusetts General Hospital in Boston for proton radiation, something Canada does not offer for Bradfield’s diagnosis. It was there, during a visit, that her boyfriend, Mitch, proposed. Bradfield came back to Edmonton in October 2018 and is now in remission, but she is still experiencing the lingering mental and physical toll of the ordeal. Today, her plans are mostly intact, except for one thing — before starting treatment, her oncologist at the Cross Cancer Institute, Dr. Sarah McKillop, outlined the risk that, if she wanted to harvest her eggs, she’d have to delay chemo by a few weeks, and that could increase the chance of the cancer spreading because it was already in a lymph node. Ultimately, Bradfield decided it was a risk she couldn’t take.

“Cancer took my fertility,” she says. “But cancer gave me a different perspective, too. Now, I’m focused on living in the moment and appreciating the beauty in everything.”

Given the chance, Bradfield would tell another AYA cancer patient this: “Know you’re supported. Know you’re not alone.” Jespersen and the AYA Patient Navigator program, she says, can be a crucial part of this. A beacon of hope can be a lifeline. If you follow that beacon, you’ll end up somewhere worthwhile, even if you didn’t plan to. 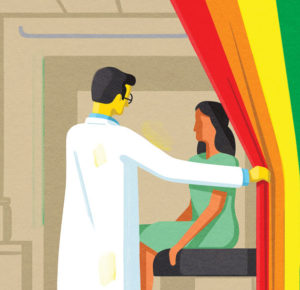 LGBTQ2S+ Communities: You Are Safe Here 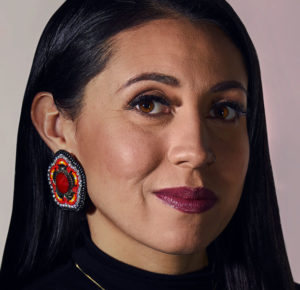