Each September, the Women in Seismic (WiSe) Committee hits the links at the Fox Hollow Golf Course in Calgary for an afternoon of networking and golf at the Annual Women in Seismic Golf Tournament.

But, for the participants involved, the afternoon is more than a chance to show off their putting skills — it’s golf fore a great cause. Over the past 20 years, the tournament has raised and donated more than $150,000 to the Alberta Cancer Foundation in support of women’s cancer research.

According to former chair and current WiSe Golf Tournament committee member Joanne Poloway, knowing the event has had a positive impact for those facing cancer brings extra meaning to the annual tournament.

“Everybody knows somebody who has or has had cancer,” says Poloway, who has participated in the tournament since it began. “Knowing that it potentially helped somebody that I know going through cancer, it’s just a nice feeling.”

The event first took shape in the mid-1990s after women involved in the oil and gas industry noticed a gap in female-centric golf tournament options.

Described as a “networking event disguised as a golf tournament,” the WiSe Golf Tournament emerged as a not-so-serious take on the often overly competitive alternatives. The event aims to give women in the field who work together on a daily basis — often exclusively by phone or over email — a chance to meet face-to-face and enjoy a fun-focused round of golf.

Originating as an 18-hole round, the WiSe Golf Tournament has since evolved to its current form as a 9-hole round of best ball at the central location of Fox Hollow in northeast Calgary.

While the event makes a serious impact through donations each year, Poloway says the tone is far from formal.

Mulligans are sold to golfers at rates of one for $5, three for $10, along with “grenades” that allow the golfer to pick up and throw the ball for a better lie. Golfers can also pay for course pros to take a shot for them. Prize categories follow suit, with past awards for “Furthest from the Pin” and “Most Balls in the Sand.”

Recent years have also come with themes, from last year’s “Time Warp” to previous course attire based on “Superheroes” and “1980s.”

“ We’re raising money for a good cause and we get to dress up. It’s just a lot of fun.” — Joanne Poloway

“It’s always been really, really fun and not very serious at all,” explains Poloway. “And that’s from day one.”

In addition to donations to the Alberta Cancer Foundation, a portion of funds raised from the tournament also support the Canadian Society of Exploration Geophysicists (CSEG).

Participants of all skill levels and genders are welcome at the event, which will tee back up in September 2020 for another round. If you’re looking to take part, Poloway recommends overlooking any hesitation you may have related to the words “golf tournament.”

“You definitely don’t have to be a good golfer,” says Poloway. “We’re raising money for a good cause and we get to dress up. It’s just a lot of fun. It’s a golf tournament for non-golfers.”

The 21st Annual WiSe Golf Tournament is scheduled to return to Fox Hollow Sept. 10, 2020. Golfers and sponsors can register at app.eventcaddy.com/events/women-in-seismic. 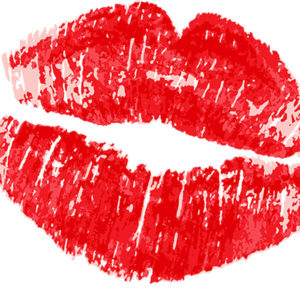