For over 25 years, Karin Olson, a professor in the faculty of nursing at the University of Alberta, has researched cancer-related fatigue. It’s a common side-effect of cancer treatment that causes severe, prolonged periods of exhaustion that can affect day-to-day living and hinder a long-term treatment plan.

To get a better understanding of how to help cancer patients manage fatigue, Olson decided to study another group — recreational marathon runners.

In November 2018, Olson’s study, “Tiredness, Fatigue, and Exhaustion as Perceived by Recreational Marathon Runners,” was published in the Qualitative Health Research journal. Beginning in 1999, Olson interviewed individuals with advanced cancer, major depressive disorder and chronic fatigue syndrome to hear how they described and experienced fatigue. In 2002, Olson and her team also began interviewing recreational marathon runners to find similarities and differences in how they experienced fatigue.

All runners experienced tiredness during their training and racing, and, in the interviews, explained its physical, cognitive, emotional and social effects. The runners described feeling socially engaged and clear-headed at the beginning of their run, but fatigued midway. They described the sensation of fatigue like hitting a wall. They reported blurry vision, feeling light-headed and having a pounding head. They also felt weepy and emotional and withdrew into themselves.

Olson discovered that it’s not just recreational marathon runners who experience fatigue in this way.

“It’s interesting that, regardless of whether I was talking to people with depression, chronic fatigue syndrome, cancer, runners or shift workers, some of the language that was used was the same,” says Olson. “I was really struck by the similarities.” For example, along with many of the other descriptors, cancer patients expressed that, when fatigued, they withdrew socially. Olson’s study also found cancer patients experience a more severe, longer-lasting tiredness than the runners.

Runners’ fatigue didn’t interfere with daily life, disrupt sleep patterns or last for months after a training cycle was over.

Interestingly, runners had specific coping strategies for managing fatigue. They reported using positive self-talk and visualization methods, as well as setting small goals throughout a run. They also cut back on running, but didn’t avoid exercise entirely, when feeling fatigued during training.

“What’s really important is that when the runners were in the recovery phase of their training, they didn’t stop exercising. They continued to be active, but at a less-intense rate,” says Olson. “Good fatigue management needs to include strategies for managing the cognitive components and the emotional changes that happen with fatigue.”

Olson’s main takeaway from the study is that there are several dimensions of fatigue — it’s not just physical. Seeing how recreational marathon runners handle a similar fatigue could be beneficial for cancer patients to manage the exhaustion that sets in during treatment.

“Cancer treatment protocols include periods of time between treatment cycles to give the body a chance to rest and get ready for the next round of treatment,” says Olson. “During this rest period, individuals with cancer often feel very tired, and the temptation is to not be active.”

Olson adds that treatments are sometimes delayed because cancer patients haven’t recovered from the side-effects, including fatigue, before beginning their next cycle. However, like the runners reducing their training volume, Olson says a carefully modified exercise program for individuals with cancer who are resting between treatment cycles might improve their fatigue. This could minimize treatment delays or dose reductions, and therefore enhance the effectiveness of treatment.

But, as shown by the runners’ effective use of self-talk, exercise is only one component that could help cancer patients manage fatigue. “I think health-care providers could help individuals with cancer prepare a strategy that addresses all of the dimensions of fatigue at the beginning of treatment, and before fatigue develops,” says Olson. “It makes more sense to me to make strategies that focus on the social, cognitive and emotional dimensions of fatigue, too.” 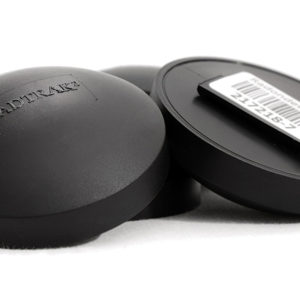 What You Need to Know About Radon