Don Wood and his wife, Sherry, had their whole lives upended in April 2017 when, after a routine doctor’s visit, she was diagnosed with stage 4 cancer. That same year, Don left his job as the director of an environmental consulting company and started a consulting business of his own so he could care for Sherry through her treatments.

Today, Don is a family advisor at the Tom Baker Cancer Centre and a member of the Patient and Family Advisory Council for the new Calgary Cancer Centre. He volunteers his time by offering insight on the health-care system, as well as business oversight on several working groups where patient and family advisors (caregivers) participate with AHS staff and other organizations like the Alberta Cancer Foundation. He and Sherry have joined the Foundation as ambassadors in sharing their story at conferences and speaking engagements, and Don has acted as a patient reviewer for some of the Foundation’s program investments. He shares his story here:

as told to Jennifer Friesen

“Everyone has a different story and a different journey. For me and my wife, Sherry, it started early in 2017.

“Sherry wasn’t feeling well. Her general practitioner was a good friend of hers — someone she could confide in. We didn’t think it would be anything big, but she was sent for an ultrasound right away. It was only 30 minutes later that they called and said, ‘Please come back to the doctor’s office.’

“They sent her for blood work and cancer screening right away, and a week later we sat down with the doctor at the Holy Cross, and she said the words, ‘You have cancer and it is stage 4.’

“Within a week, Sherry was in treatment. She was sent to an ovarian surgeon because, at that time, they believed it was ovarian cancer.

“They did surgery on what they thought was an ovarian cyst, but it turned out that there were cancerous cells elsewhere in her body. They did what they could, but it started a litany of other tests to determine what it was. It went from a diagnosis of ovarian cancer to colorectal cancer, which meant multiple doses of chemo, with the goal of surgery along the way.

“We’ve had other hiccups. She had stage 4 metastatic colorectal cancer, and it spread to her liver and her lungs. We were lucky she was at the Tom Baker, and we had the best doctors and nursing teams.

“You have to shake the scary parts off. There are rough days, and then you start the next phase of the journey. It’s important to educate yourself. That’s where we are now. She’s been through 29 rounds of chemo and three major surgeries.

“I joined the Patient and Family Advisory Council in early 2019 as a way to give back and share my perspective from my business experience and from being involved in the health-care system.

“You get to a point where you can become an advocate for yourself and your partner. At times, I’ve been on approximately 10 different committee groups at the same time in the hopes of helping in whatever way I could. We had great oncologists and nurses doing amazing work, but by joining the committee, I learned how to navigate the system as a caregiver. And I figured that we’d learned so much from being on the other side of the table, we could help others.” 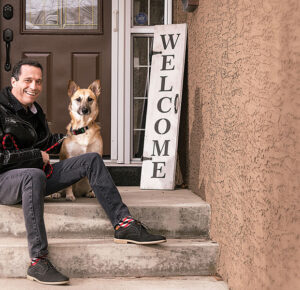 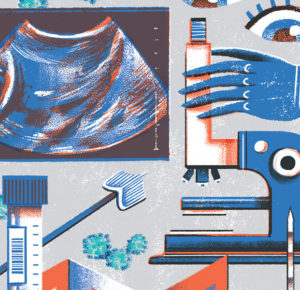