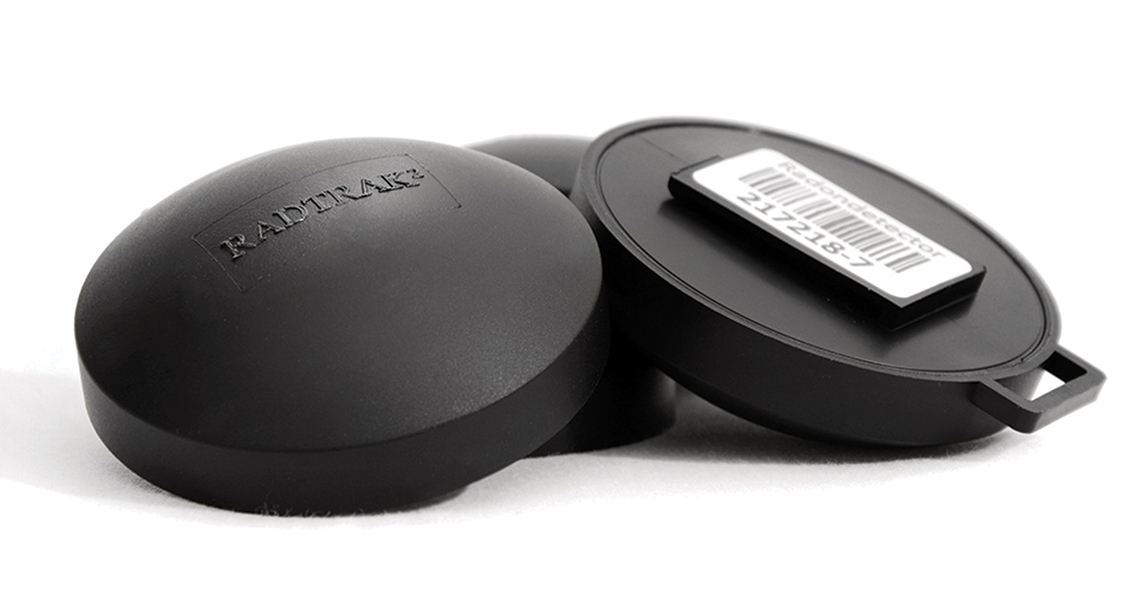 Radon gas exposure is the leading cause of lung cancer in non-smokers. On average, one Albertan is diagnosed with radon-induced lung cancer every day. Invisible, odourless and tasteless, this radioactive gas is created when radium in soil and rocks breaks down. Radon is a naturally occurring chemical element, and, unfortunately, it is also a category 1 carcinogen. Western Canada contains some of the highest radon-generating soils on the planet. As the radioactive gas is emitted, it seeks a point of zero or negative air pressure to escape from beneath the surface. Any building constructed over soil with high levels of radon can trap the gas in potentially deadly concentrations.

Launched in 2017, Evict Radon is an Alberta-made — and now national — interdisciplinary project. The project’s goal is to bring awareness of, and defeat to, Canada’s radon-induced lung cancer problem through gathering data and understanding what types of people and buildings are more at risk. It is a non-profit initially funded in part by Health Canada, the Alberta Real Estate Foundation, the generous support of Alberta Cancer Foundation donors and more.

Evict Radon is led by Goodarzi (who is also the Canada Research Chair for Radiation Exposure Disease) and includes scholars from B.C., Alberta and Saskatchewan — all of whom urge western Canadians to test their homes for radon.

Once a home is tested through the Evict Radon program, researchers use the resulting data to understand how factors such as home architecture, geography and the residents’ own genetics influence radon exposure. “We have 16,000 houses tested all across Alberta and Saskatchewan,” Goodarzi says. “All of the data that our citizen scientists consent to share with us is fuelling research.”

So far, key findings from Evict Radon’s research shows 18 per cent of homes in Western Canada (or one in six) tested high for radon. Also, homes built in the past 25 years had 31.5 per cent higher average radon levels compared to homes built before 1992.

“One of our missions at Evict Radon is to figure out what we’re doing wrong in North America with our built environments, and then fix it,” Goodarzi says.

Evict Radon’s researchers are also trying to understand who among the general population is most at risk for radon-induced cancer. “We know that 1 in 30 adults are known to be radiation-sensitive,” Goodarzi says. “And we know that all children, especially infants, are particularly sensitive to radiation exposure.” Goodarzi says all Canadians should test if their homes are high in radon, and if so, remediate them.

Testing is easy. The size of a hockey puck, the testing unit requires no electricity. A homeowner places it in the basement or lowest level of the home for at least 90 days during the winter. The testing is done in winter (October to the end of April) because that’s typically when people spend the most time indoors with windows closed and the heat on. These factors significantly influence the amount of radon concentration in homes.

If the air in your home is more than the maximum allowable by Health Canada — 200 becquerels per cubic metre — a minor renovation can vent the gas to the outdoors. Goodarzi says that any home measuring over 100 Bq/M3 should also be remediated, as those levels can still cause cancer. He adds that the radon remediation system is in Alberta’s building code and should be roughed into any home built after 2016. The remediation system costs approximately $2,500 to install, on average, and is low-impact. Goodarzi recommends using a C-NRPP (Canadian National Radon Proficiency Program) trained professional to ensure the highest possible reduction is achieved from the remediation.

“The good news about radon is it’s not addictive like tobacco,” Goodarzi says. “It’s an easy fix, and once the home is mitigated, it’s mitigated forever.