This past fall, more than 42,000 spectators, sporting ballcaps and sunscreen, cheered on 78 professional golfers at Canyon Meadows Golf & Country Club for the Shaw Charity Classic in support of Shaw Birdies for Kids presented by AltaLink.

Originally called Birdies for Charity, the fundraising program started in 1971 at the John Deere Classic. It was adopted by the Shaw Charity Classic, a professional golf tournament on the PGA Tour Champions, in 2015 and re-named Shaw Birdies for Kids to better fit the mandate of supporting children and youth-based charities in Alberta. Since 2015, Birdies for Kids has raised $24.2 million.

Participating charities come from every corner of the province and include the Alberta Cancer Foundation, the Alberta Children’s Hospital, the Calgary Police Foundation, KidSport, the Boys & Girls Club and more. This year, proceeds to the Alberta Cancer Foundation will be directed towards the Adolescent and Young Adult (AYA) Patient Navigation Program. This program helps to guide young adults who have been diagnosed with cancer (aged 15-29) through the complex cancer system by addressing their unique needs and providing assistance in accessing resources and community supports.

The Birdies for Kids matching pool program makes the event unique. Charities apply to participate in the program and fundraise themselves. Whatever money they fundraise is then matched by up to 50 per cent through the sponsors, supporters and tournament proceeds. The participating charities receive 100 per cent of the donations.

Often children involved with participating charities will stop by the family-friendly event in hopes of connecting with one of the professional golfers. In past years, golf pros such as Mark O’Meara, Fred Couples, and Shaw Charity Classic two-time defending champion Scott McCarron have hit the fairway.

“[The tournament] is an avenue to raise dollars for charity, but it’s also a way to inspire kids, whether it be in sport, or by encouraging them to bring philanthropy into their own lives,” says Lauren Calvert, stakeholder and marketing manager at the Shaw Charity Classic.

“We want to help as many kids across Alberta as we possibly can.”

An average of 44,000 spectators come to watch the tournament.

Participating charities come from as far north as Fort McMurray, and as far south as Medicine Hat. 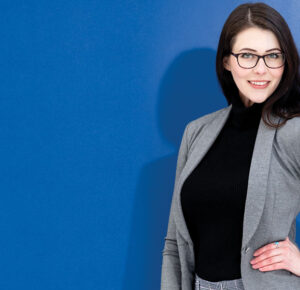