When Dr. Lynne Postovit is in the lab, she says seeing something new is exhilarating. She’s made many discoveries in the course of her career, all with the goal of improving quality of life for women living with breast and ovarian cancers. “Some of the victories are seemingly small, but if you add them up across the province and the country and the continent and then the world, they’re actually pretty impactful,” Postovit says.

Postovit is an oncology researcher at the University of Alberta and co-director of the Cancer Research Institute of Northern Alberta (CRINA). She is also the current chairholder of the Sawin-Baldwin Chair in Ovarian Cancer, funded in part by the Alberta Cancer Foundation.

In 2013, she was recruited from Western University to lead a team at the U of A to work on identifying a biomarker for ovarian cancer so it can be found in a test at a regular check-up. There is currently no early screening for ovarian cancer, so it’s usually discovered when it’s too late.

Last year, her team made an exciting discovery in the lab. They identified a way to accurately distinguish between different types of ovarian cancer — high-grade serous carcinoma (the most common and deadly form of ovarian cancer) and endometrioid carcinoma. Typically, without knowing the exact type of cancer present, oncologists haven’t been able to recommend the most effective treatment for the disease.

In their study published in April 2019 in the Clinical Cancer Research journal, Postovit’s team found eight protein biomarkers that will allow pathologists to distinguish between a high-grade serous and endometrioid carcinoma with 99.2 per cent accuracy.

“We were able to increase the specificity from 90 per cent to almost 100 per cent, which is pretty big for these particular patients,” Postovit says.

Postovit hopes to see the test being used in the next few years, since it was designed to be implemented quickly without a need for new technology. The test can give oncologists more precise information to assist with diagnosis and improve patient outcomes. For example, a patient who is accurately diagnosed with endometrioid carcinoma, which has a better prognosis, could respond to less aggressive therapies other than chemotherapy.

Making a real impact in the world is what has driven Postovit throughout her life. Growing up in Ontario, she was an inquisitive child. She loved being creative, whether it was in the form of writing poetry or dreaming up solutions to a problem presented in science class. While she wasn’t exactly sure what she wanted to be when she grew up, she knew she wanted to make a difference and help people.

After high school, Postovit went to Queen’s University in Kingston, Ont., where she received a bachelor of science, with the plan of going to medical school to be a physician. In her final year of the program, she participated in a research project and was struck by the joy of discovering something new in the lab. That was when her career goals pivoted from being a doctor to being a researcher.

“With research, you can help people beyond your community for generations and generations to come all over the world,” she says.

Postovit went straight into a PhD in anatomy and cell biology at Queen’s University under the supervision of Dr. Charles Graham. During her doctoral training, she discovered that supplying cancer cells with nitric oxide would slow tumour growth — tumour growth can be caused by hypoxia (low oxygen levels), and nitric oxide can combat the effects of hypoxia.

Together with Graham and her collaborators, Postovit patented an approach that makes use of nitric oxide to treat cancer, which progressed into clinical trials.

From 2004 to 2007, she completed her post-doctorate training at Northwestern University in Chicago under the supervision of Dr. Mary J. C. Hendrix, a leading cancer researcher in the United States. Hendrix was interested in the concept of plasticity, which refers to cancer cells co-opting stem cell-like features so they can adapt to their environment, resist therapy and spread in the body. Since Postovit was trying to understand how low oxygen causes cells to behave a certain way, she thought it would be a perfect fit to work with the Hendrix lab on what would drive cancer cells to behave like other cells.

“We discovered that cancer cells make a very primitive embryonic protein called Nodal,” Postovit says. “And that was the first description of that in cancer [research].”

Nodal was discovered in aggressive breast cancer and melanoma cells by Postovit and the Hendrix team, and since then has been found in other cancers by researchers around the world. Since Nodal is specific to cancer, it could be detected in the blood early on, and also be targeted by medication.

“It’s not expressed in normal adults because it’s silenced early on. So you can imagine if cancer started to make it, we can come in and target it without as much toxicity,” she says.

In 2007, Postovit started her own research program at Western University in London, Ont. Her team discovered that Nodal promotes the formation of new blood vessels, invasion and metastasis (cancer spreading to another location in the body) in breast and ovarian cancer cells. They also found that hypoxia (low oxygen) enhances how Nodal works.

In 2018, at the U of A, and in collaboration with other investigators, her lab discovered that Nodal seems to help ovarian cancers become more resistant to cancer therapy like carboplatin (a chemotherapy drug). By developing a drug that blocks Nodal in cancer cells, chemotherapy could become more effective on those cancers.

“These metastatic breast cancers or advanced ovarian [cancers] are going to be very, very hard to crack, and every patient might be a bit different,” Postovit says. “And so, we have to keep discovering things to keep a pipeline to help these people.”

Postovit is excited to see what comes from a new research team she is going to be a part of — a “dream team” of researchers who will work together to improve outcomes for women with metastatic breast cancer. The team will be supported by Stand Up To Cancer, an initiative that funds collaborative research teams across Canada through the support of donors including the Alberta Cancer Foundation.

Led by Dr. Nahum Sonenberg at McGill University, this dream team will be conducting a clinical trial with patients in Edmonton and across Canada. Postovit and her colleague, Dr. John Mackey, are collaborating principal investigators on the project and represent the Edmonton team.

They’ll be looking at mRNA translation (the process of building protein molecules from the genetic code of cells) and will have access to a compound that can help prevent some of the abnormal translation that occurs in cancer cells. The trial has yet to be approved and will likely start in a year or so.

On top of her research work, Postovit has been co-director of the Cancer Research Institute of Northern Alberta (CRINA) since November 2014. CRINA is focusing on linking U of A researchers with other cancer research institutes to synergize and leverage their knowledge to answer the hardest questions in cancer. It also involves bringing people from various other fields and backgrounds — including computer science, engineers who are developing new devices, mathematicians, scholars in sociology, nurses and more — together in teams to work collaboratively to improve cancer research.

“So, as really cool discoveries happen, we can help facilitate more rapid translation and development,” Postovit says. “It’s all about research and collaboration.”

Dr. David D. Eisenstat is the chair of the department of oncology at the U of A. He was one of three original co-directors of CRINA from 2014 to 2017 and currently serves on CRINA’s steering and oversight committees and meets with Postovit on a regular basis to ensure strategic alignment.

“Lynne has a tremendous vision for her research in the present and future,” Eisenstat says. “She is foundationally strong in basic science and doesn’t cut corners. Her mind is ‘razor sharp’ and she is able to explain difficult concepts such as epigenetics and stem cells to funding agencies and her colleagues/peers.”

Eisenstat says that Postovit excels at leading by example and supporting her colleagues and trainees in the lab.

Postovit’s research team usually has 12 to 13 lab members comprised of research associates who are training for their MDs, MSCs, PhDs or completing post-doctoral training. Some members of the lab are also career scientists and direct independent research projects within the research themes of the lab. One of her favourite parts of her job is mentoring the research associates and seeing them grow, especially when they share knowledge that’s completely new to her.

“It makes me feel like I’ve actually done my job,” Postovit says.

She feels like with each step, they are getting closer to discovering what drives cancer cell plasticity. What keeps her going is the idea their work will have a lasting impact on people living with cancer.

Work to improve outcomes for women with breast or ovarian cancer.

That what we do as scientists is really isolated and not very social. We actually work closely with people in the lab, with patients to try to understand what their needs are, and collaboratively with scientists and researchers around the world with similar goals to make the best impact for our patients.

In our laboratory we look at developmental model systems, like how a zebrafish might develop, or systems like a placenta and how it knows how to invade and then stop, and then use those models to see cancer differently. And reading broadly — art, poetry, philosophy — there’s a huge creative aspect to what we do.

I think the hardest lesson is how important it is to clearly communicate what needs to get done with the members of the team, and take the time to make sure that you’re all on the same page.

To make a difference. In cancer we do keep making small victories as a community. And to see patients now who can live a good life with cancer that maybe couldn’t have even 10 years ago.

6. What do you do to recharge?

Running and using that time to get in my head without interruptions. I like to write poetry. To get those ideas down on paper and see how the words flow together.

In the case of breast cancer, it’s still the number one cancer that afflicts women, and despite incredible advances, there’s still a lot of women who suffer critically and then eventually pass from this disease. We’re trying to understand why that is, and why some of the cancers come back and to prevent that, which I think improves the lives of a lot of women. And in the case for ovarian cancer, we’re improving treatments and preventing some of that resistance that’s occurring. 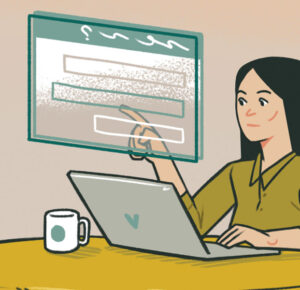 Facing Cancer In A Global Pandemic 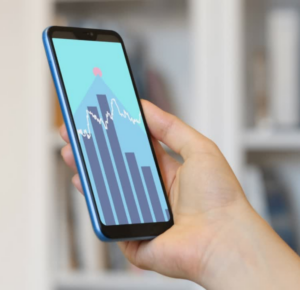