In late summer of 2013, Scott Gammer, who was 44 at the time, noticed a lump on his stomach. After an ultrasound, doctors discovered a large tumour that ultimately turned out to be cancer.

In October 2014, after Gammer experienced odd symptoms including vertigo, doctors discovered malignant tumours around his carotid arteries and brain stem. He was given two months to live.

But Gammer exceeded doctors’ expectations, and, in January 2015, he received a stem cell transplant and went through multiple rounds of different types of chemotherapy to help shrink the tumours.

Today, Gammer, who is on long-term disability, enjoys spending time with his two sons, Cole and Brett, and his wife, Terri-Lynn. He is also an active volunteer at the Cross Cancer Institute, where he regularly connects with other cancer patients and shares his story.

“[Before the cancer diagnosis] I was working my butt off and not really noticing the stars, the sunsets, the sunrises, and all of the beautiful things all around me, including my kids, my wife and trying to make memories with them. I know my longevity has been impacted, but I’ll tell you, the impact that it has made on my life has been way more valuable than if I had never got cancer.” 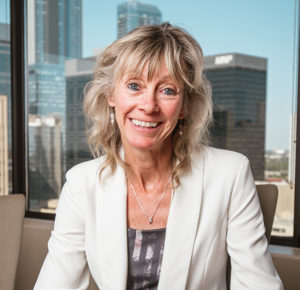