It took Dr. Sveta Silverman over a decade and a move around the globe to find her true calling as a pathologist and educator

Despite finding success in the operating room, Dr. Sveta Silverman says she didn’t find her true calling until nearly 15 years into her medical career. Having built a reputation in pediatric surgery through her work at the 9th State Pediatric Hospital in the then-Soviet Union, Silverman was sent back to square one when she immigrated to Edmonton in 1991. With around $120 to her name and without the credentials necessary to work as a medical professional in Canada, Silverman worked her way back into medical school for the second time, this time at the University of Alberta (U of A).

There, she chose to study pathology.

Pathology is centered around getting to the root of diseases and delivering a diagnosis. For Silverman’s work as a surgical pathologist and breast specialist, this means analyzing cells in removed tissue from patients with breast cancer and other breast diseases under microscopes, finding abnormalities and diagnosing accordingly. Where other clinicians use blood tests and physical examinations, pathologists see the disease and diagnose precisely.

An average day sees Silverman working directly with clinicians and surgeons, taking breast pathology cases in the lab of Misericordia Hospital as they come. When she’s not at the Misericordia, Silverman is on call for her consultation practice with the U of A’s breast cancer program, completing research reviews for the Cross or conducting her research on her own personal time.

Silverman enjoys all aspects of her work, but she’s particularly passionate about her own research. Currently, she says she is “crazy” about research related to the antioxidant effects of Nrf2 activation. The Nrf2 gene is related to the body’s natural antioxidant defense system and can be potentially activated through medication to further protect against damage from injury and disease. Another current focus, mitochondrial health, ties in as well. Mitochondria, parts of the cell that break down nutrients into energy, can also experience benefits from Nrf2 activation.

One research interest often bridges to the next for Silverman, who says Nrf2 research is what made her take a deeper look into mitochondria. Her desire to learn has been a constant throughout her life.

“Whatever I can learn about cellular and body health, I will,” she says.

While the path leading to pathology was far from direct, Silverman says there was never any doubt she would end up working in health care.

Her mother was a well-known physician in the Soviet Union who specialized in pediatrics and rehabilitation. In her childhood, Silverman looked up to her, calling it a “no-brainer” that she would follow in her mother’s footsteps.

“My mom was a natural born healer,” says Silverman. “She is my hero. She is my it.”

Upon completing her medical degree at the Sverdlovsk State Medical Institute in 1987, Silverman began her career as a pediatric surgeon. After two and a half years of working in the operating room, she made the decision to leave the U.S.S.R. The destination, she explains, had less to do with destiny and more to do with necessity.

“I wanted to get out, and Canada was one of the choices,” says Silverman. “It just happened. I would not have lived in the Soviet Union.”

Following two more years of travelling, Silverman settled in her new home of Edmonton in 1991. Without credentials and in need of work, she began working as a housekeeper at the Fantasyland Hotel.

“Immigration is always painful and never natural, whether you’re coming to a new country with money or without money,” says Silverman.

From there, Silverman found work as a sessional instructor at the U of A — as her credentials from the U.S.S.R. allowed her to teach medicine in Canada, but not practice. At the university, Silverman taught lectures in several levels of anatomy, from gross anatomy dealing with what’s visible to the naked eye, down to its counterpart of histology, which studies anatomy at a microscopic level. It was during her initial years with the U of A when she first met (and taught) Dr. Karen King, who was then in her first year of medical school.

“She was very passionate about [teaching medicine] and inspired a lot of us to carry on,” says King of Silverman as an instructor. “She’s been a big part of what got me where I am.”

King, now a medical oncologist at the Cross and a chair of the Northern Alberta Breast Cancer Program, has worked alongside her former instructor for the past 15 years.

She says while Silverman encouraged her as a student, King also made an effort to encourage Silverman to return to medical school, which she would do in 1996 at the U of A.

Silverman admits it was difficult to return to medical school. She says while a love of learning and teaching has driven much of her career, particularly in pathology, she has never been fond of exams.

Her choice to pursue pathology came from two places of origin — a desire to stay close to her past work in the operating room, and the opportunity to avoid long hours away from home at the hospital.

“Being an ex-surgeon, I really didn’t want to spend the rest of my life in the operating room. But I wanted to be very close to the operating room,” says Silverman. “To me, pathology is the best discipline in medicine.”

Silverman’s choice of words displays a keen ability to describe the most complex topics in simple terms. Often, her lectures and panel appearances, along with blog posts on her website, askdrsilverman.com, are rich with metaphors and similes, which simplify concepts that can often feel like a different language.

“I need to explain the most complex things the way that a young child will understand it,” she says. “And, if I can do it in a clear, concise, very simple way, my mission is accomplished.”

King says Silverman has maintained an above-and-beyond approach to teaching, and recalls her spending time with students in the lab after-hours and on weekends.

“No questions asked, she will teach you,” says King. “And as she teaches you something, you can see how much passion she has for it.”

Silverman also regularly contributes to the Northern Alberta Breast Cancer Program, including as a guest lecturer.

“Anytime I ask her to give a talk or give a presentation, she’ll always say ‘yes,’ sometimes even before she can check the timing of it,” says King.

Silverman’s website is an extension of her teaching. On it, she answers questions from people and blogs about her latest research findings and fascinations. The site was in part inspired by her own mother, who passed away from cancer with little explanation. In her journey for answers, Silverman began researching outside the realm of conventional medicine, looking to learn as much as she could to pass on the knowledge to others.

“I’m still learning every day,” she says. “For whatever I learn, I teach.”

It’s this desire to learn and teach that has guided Silverman’s holistic approach to medicine.

On her blog, Silverman advocates for healthy lifestyle choices, including information on superfoods, natural supplements, the importance of maintaining mental health and more.

While she notes that she has been successful in pathology, she sees her legacy existing through her education contributions.

“My legacy is in teaching people health,” says Silverman. “If I managed to teach them to change their lifestyle, and eat better, and exercise more, and think happy, that’s what I’m most proud of — changing lives.”

Despite the tribulations and inherently unnatural transitions that came with starting over following immigration, Silverman says she has no doubt she found her true calling with pathology.

Similarly, she doesn’t hesitate when expressing her inspiration to continue working, learning and teaching.

“I love doing research in breast cancer, absolutely love it, because I think, finally, we’re getting to the point where we can solve it,” says Silverman. “I’m so inspired by the people I help as they do better. I thrive from human inspiration.” 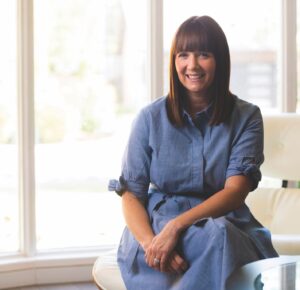