In life, we may not always meet our goals, but that doesn’t make the journey any less valuable. In the complex world of cancer research, a promising result in the lab may not lead to a viable treatment, but the research process itself can give rise to groundbreaking collaborations, new funding and facility partnerships, and the uncovering of uncharted territory for further exploration. While such elements may not have been the primary objective, they are critical to achieve a cancer-free future.

Glioblastoma multiforme (GBM) research has proven particularly challenging. GBM is the most common and most aggressive type of malignant primary brain tumour. Approximately four to five people per 100,000 are diagnosed with GBM every year. Fewer than five per cent of these patients survive beyond five years, with an average survival period around 15 months.

Initiated by the Terry Fox Research Institute (TFRI) in 2012, the project was co-funded by the Alberta Cancer Foundation, Alberta Innovates, The BC Cancer Foundation, Genome BC and Genome Canada to launch a nationwide GBM research effort. TFRI approached Cairncross to put together the inaugural national research team — one that would include partners such as the Ontario Institute for Cancer Research, Queen’s University, the Hospital for Sick Children in Toronto, the University of Calgary and the University of British Columbia. The research team began to explore the possibility of new drug treatment options for glioblastoma patients.

“One of the legacies of this project will be teams across the nation studying together — scientists and clinicians [working in partnership] on this very difficult problem,” Cairncross says. “It was an important first collaboration — groundbreaking in that sense, really. We took a number of ideas from the lab to clinical trials in Canada and elsewhere, and that’s an accomplishment.”

Unfortunately, there are no guarantees in research, and encouraging potential treatments discovered in the lab did not bear out in clinical trials.

“One thing we learned is that the behaviour of cancer in the dish and the behaviour in mouse models are different,” Cairncross says. “Then in humans is another jump. There is no perfectly predictive system. Patients are different, cancers manifest differently. We don’t have a way to model that, but we’re trying.”

Cairncross says that although the team did not move the needle on improving outcomes, scientifically speaking, a strong foundation for ongoing collaborative GBM research was built. Bringing together multidisciplinary partners from across the country allowed for a new level of GBM research using a number of different approaches. “There is no one centre that has all the scientific knowledge and tech,” says Cairncross. “All of us are very grateful for the investment the funders made. Our lab programs together and separately are much stronger.”

The national GBM research project allowed the team to harness its collective resources and lay critical groundwork for future collaborations. In fact, many of the team members continue to work together even though the official project ended this past June. For instance, a new research project is now underway because the team discovered a non-cancer drug — one that was originally developed to discourage excess alcohol consumption — as a potential new GBM treatment.

“Quite surprisingly, it had some anti-GBM properties,” says Cairncross. “That shows an interesting drug might come from somewhere that you weren’t expecting.”

Dr. Stephen Robbins, a co-investigator on the project who worked with Cairncross, and a professor in the department of oncology at the U of C, agrees that the legacy of the team’s work continues to be incredibly valuable.

“The project broke down provincial barriers in terms of access to funding, but also allowed for open access to and the sharing of data between the members of the group,” Robbins says. “Part of the legacy is that the data will live on and it can be re-analyzed dependent on the new projects that continue to be created.”

Ultimately, the sustained teamwork among GBM researchers means scientists are inching closer to a cure, and simultaneously improving existing therapies for GBM.

“Partnerships of this kind are important to advancing the science,” Cairncross affirms. “The continued effort will lead to better treatments for brain cancer. We see evidence of it in other cancers. Cancers that weren’t treatable a decade ago now are. And GBM treatments are much better now even without a magic bullet.”

Surgery has improved, radiation is more precisely targeted, and drugs are both easier to administer and easier for patients to take, causing fewer side-effects — all of this improves the lives of patients with GBM.

“It’s not as if we’re only working on the science for a future cure,” says Cairncross. “We’re also improving the here and now.” 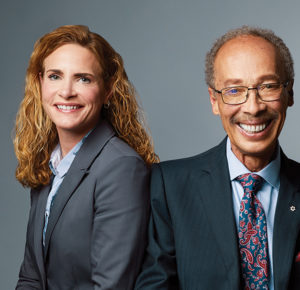 The Power of Partnerships: The Inspiring Connection Between a Mentor and a Mentee 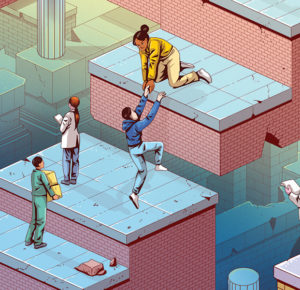 Partnering With Patients To Design The Calgary Cancer Centre