For Ryan Doull, helping others is an undisputed practice that he picked up from his parents, Kerry and Miriam.

Doull’s parents both grew up in the same small farming community and were raised to lend a hand to their neighbours. That generous philosophy followed them into business when they began what is now known as Doull Site Assessments Ltd. (DSA) in 1988.

The Alberta-based company runs testing and monitoring services for the energy and environmental sector along with its parent company, Capstone Oilfield Services Ltd. DSA always made room in the budget for charitable giving and continued to do so after Doull took over as president in 2016.

“Everybody in our organization has been affected by cancer in one way or another, so we wanted to do something long-standing,” says Doull. “We do a lot of work in Alberta, so we felt like this program was the best fit.”

The Albertans Helping Albertans program isn’t affiliated with funding one specific tumour group, but instead, supports all types of cancer in areas of greatest need. This immediately piqued the interest of both Doull and the president of Capstone, Dwight Bulloch, because they wanted to support cancer funding but didn’t want to narrow their focus to one form.

Also, Doull’s mother was recently diagnosed with a rare blood cancer called myeloma, so supporting cancer programs was personally important to him. When the opportunity to support Albertans Helping Albertans arose, he says he knew right away that the time was right.

“Everything just came together and we knew,” he says. “[My parents] are very proud. They agree that a program like Albertans Helping Albertans is the right one with a good, broad-spectrum approach to help people who are struggling. It’s going to change lives.”

DSA and Capstone have committed to donating a portion of proceeds from every job they complete to the program. While DSA and Capstone have chosen this donation route as a corporate partner, other individuals and companies are also able to contribute to the Albertans Helping Albertans initiative. Other donors are free to choose how they would like to raise money for the cause, including hosting fundraising events such as bake sales or charity runs.

Doull estimates the annual contribution for 2019 will be between $15,000 and $25,000, and the money will be donated quarterly. Doull says the entire team is looking forward to handing over the cheque, knowing that their hard work will benefit those who need it most.

“We’re excited to see what our work will help contribute towards,” says Doull. “As research uncovers new treatments and cures and [the funding] goes toward a research-based approach, or patient care, or facilities, [we know] it will go where it’s needed. We’re wide open to seeing what the program will contribute to and how it will impact Albertans.”

This may be the first time DSA is contributing to charity on a partner level, but Doull says the team is already feeling the rewards of the decision.

“I think this shows that Albertans, both corporately and individually, can contribute with their daily activities without even realizing that it’s making a difference,” he says. “Then, at the end of the day, you can see that you’ve had a positive effect on thousands of people. That’s something to be proud of.” 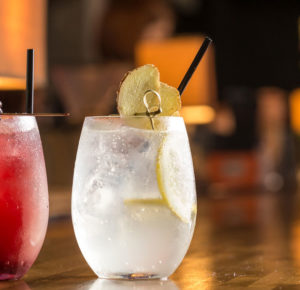