A cancer diagnosis can be over- whelming, and its severity is often assessed through grades and stages that indicate how the cancer has progressed. Dr. Safiya Karim, a medical oncologist at the Tom Baker Cancer Centre in Calgary, explains the difference between the stages and grades of cancer, why they are important for doctors and patients to understand, and what to do to catch cancer earlier.

Q: What are the different stages of cancer?

Q: Why is it important for doctors to discern the grades and stages of cancer?

It guides a lot of our decisions in terms of treatment; it also helps us prognosticate the cancer and determine how aggressive we need to be in terms of our treatments. In some [instances], we use the grade in combination with other factors to determine what treatment might be needed in terms of chemotherapy [before or] after a surgery. Earlier stages tend to be treated with surgery or radiation, and the goal there is to cure the cancer. Later stages would generally be treated with chemotherapy, or chemotherapy plus radiation, or immunotherapy options for certain cancers.

Q: What are the different grades of cancer?

Q: Why are stages and grades of cancer important for patients to understand?

Both the stage and the grade are important because they provide prognosis information for the patient. For example, if something is early stage, then usually it’s correlated with a better survival rate and a lower risk of that cancer coming back; similar with a lower grade. With a more advanced cancer, the risk of the cancer coming back — or the survival, for example, with a stage four cancer — is worse than the stage one.

Q: How can patients attempt to detect cancer in its earlier stages?

For certain cancers, screening has been shown to detect cancer at early stages. For example, with breast cancer, that includes getting mammograms at the suggested intervals. And with colon cancer getting colonoscopies on a regular basis after the age of 50 is important. Those are the two main cancers where screening has been shown to be beneficial in detecting cancer earlier and improving survival. 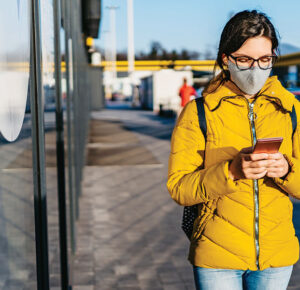 Your health questions answered by the experts