There is no denying that Frank Lightbound is a survivor — that was clear long before he first heard “you have cancer” 32 years ago.

As a park warden for six years and a forest ranger for 26, Lightbound, who lives in Lethbridge, travelled around Alberta by horseback, snowshoe and on foot. During that time, he found himself in many dangerous situations before retiring in 1985.

“I was almost killed in a few situations in the field, so I must be a survivor,” he says. “I was in a lot of big fires in Northern Alberta — long hours under dangerous situations, but I came through with flying colours. I think that had a lot to do with me persevering through cancer now.”

During a routine medical exam when he was 55, Lightbound’s doctor was concerned by an unusually high white blood cell count and sent him off for a series of tests. Soon after, his doctor told him the news: he had lymphocytic leukemia.

“I remember thinking, ‘Wow, isn’t this well times,’” he says. “I just retired, and I get this news?”

Surprisingly, that first cancer diagnosis wasn’t an isolated incident. Since then, Lightbound has been diagnosed with two other kinds of cancer.

His second diagnosis occurred at the age of 62, when cancer was found again.

“One day at a doctor’s appointment, he told me flat out that I had prostate cancer,” Lightbound says. “He gave me three choices and it was my decision what to do: surgery, radiology or nothing. But I didn’t have any trouble making the decision, I wanted that thing out.”

“I’m kind of an old hand at being told that I have cancer,” he says. “When the doctor said he thought I had skin cancer two years ago, honestly, I just thought, ‘Oh, here we go again.’”

Currently, there are approximately one million Canadians who have survived cancer for more than 10 years, and the idea of “survivorship” has recently become more common among health-care professionals. The concept focuses on life after treatment, meaning that care is important not only during diagnosis and treatment, but in life afterwards, too.

Continued care, during and after a cancer diagnosis, has become more of a focus in health care in recent years, and it’s something Lightbound, who received his cancer care at the Jack Ady Cancer Centre in Lethbridge, says he’s grateful for.

“It makes all of the difference to have the support of the medical people around me,” he says. “It’s almost like they’re personal friends, and it’s comforting to be amongst those kinds of people.”

Lightbound’s experience has inspired him to give back. He has included a gift to the Alberta Cancer Foundation in his will.

Today, at 87 years old, Lightbound is still going strong. When asked how he’s feeling now — after a lifetime of battling the elements, wildfires and three different kinds of cancer — he says, “Old! But I got a lot further already than I ever thought I would. So, I must be a survivor.” 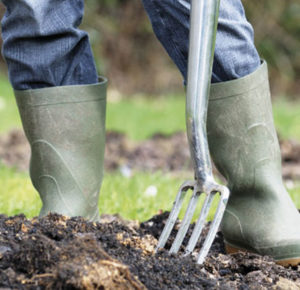 Ready your garden for the winter 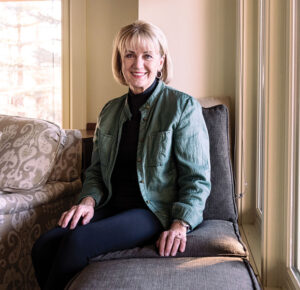