Dr. Corinne Doll, radiation oncologist and researcher at Calgary’s Tom Baker Cancer Centre, and the leader of a research team studying cervical cancer, knows that the stand against cervical cancer takes teamwork. “I realized long ago that to answer key questions, you have to have the right people on your team,” she says.

The goals of Doll’s research are to uncover molecular causes of radiation and chemoradiation resistance, and to explore new techniques for treating patients with cervical cancer. Her team is currently involved in image-guided brachytherapy for cervical cancer — a type of internal radiation that uses MR imaging and advanced treatment planning to deliver precision radiation therapy to malignant tumours via a radioactive isotope. This involves a specialized team including radiation oncologists, gynecologic oncologists, medical physicists, nurses and more.

“Cervical cancer remains a significant worldwide health challenge,” Doll says, explaining that it makes up over one-third of HPV-associated cancer in women. “And, we know that other types of human papillomavirus (HPV)-associated cancers are rising in incidence. So, the knowledge we generate from this research may assist us in understanding and treating other types of cancers, since other HPV-related cancers are commonly treated with high dose radiation and chemotherapy.”

According to AHS statistics, between 2006 and 2015 there was an annual average of 155 cases of cervical cancer diagnosed in Alberta. Although the majority of cervical cancers are diagnosed at an early stage thanks to early detection through screening programs, about one-third of patients present with more advanced disease, and innovative treatment options — like image-guided brachytherapy — are providing these women with more hope than ever before.

Doll’s interests in medicine and patient well-being started early. She was born in Winnipeg, the middle of three sisters. Her dad was in property management and her mom was a nurse.

“I loved hearing about my mom’s experiences with patients,” she says. “And I also liked science. I always knew I’d have a job that involved science and technology.”

When Doll was five, the family moved to North Vancouver, where the future Dr. Doll eventually attended the University of British Columbia, earning a BSc in microbiology. After working in clinical and testing laboratories, she became interested in the clinical context of her lab work and decided to pursue medicine.

“I was amazed at how the specialty combined so many of my interests — including physics, technical and procedural skills and biology. But I was most impressed with the time spent with patients, and how this type of treatment could save lives.”

Medical school was followed by a CARO Fellowship Award and Clinical and Research Fellowship at Princess Margaret Cancer Centre in Toronto, where she honed her skills in brachytherapy and in clinical and translational research.

Doll moved to Calgary in 2001, after hearing about the opportunities at the Tom Baker, including the potential for research support, from colleagues.

“I applied for a radiation oncologist position, and began working in the gynecologic and gastrointestinal cancer tumour groups,” she says.

Doll’s research at the Tom Baker has included identification of biomarkers — such as tumour proteins, immune markers and genetic mutations — in cervical cancers that predict response to radiation or chemoradiation. Further research with Dr. Susan Lees-Miller at the University of Calgary showed that PIK3CA mutation, specifically, renders cell lines resistant to standard chemotherapy. “We determined that a PIK3CA mutation in a patient’s tumour [could potentially] increase the risk of death,” Doll says.

This understanding of tumour biology and mechanisms for treatment resistance could open up new avenues of research, and potential clinical trials, for cervical cancer patients and also for those with other HPV-associated cancers.

Doll’s past work has helped lead her to today, where her team is preparing to launch an international study, supported by the Alberta Cancer Foundation, in image-guided chemoradiotherapy using adaptive brachytherapy.

“Basically, this is a study where we aim to optimize and customize all aspects of cervical cancer patients’ treatment, with the overarching goals of improving outcomes and enhancing quality of life by reducing toxicity,” says Doll.

This approach is centred around brachytherapy, which involves the temporary insertion of a tiny radioactive source called iridium. “[It’s] about the size of a grain of rice within catheters,” she says. “[It gets] as physically close to the malignant tumour as possible, targeting the affected area in a more customized way than traditional methods.”

The intent, she explains, is better visualization, optimized catheter placement, and enhanced shaping of doses to be delivered to specific areas of tissue.

“It’s the ultimate in precision radio-therapy, allowing customized placement and dosing to meet an individual patient’s needs.” She is hoping that the clinical trial, which will include patients with locally advanced cervical cancer who could benefit from curative-intent chemoradiotherapy, will be open by the end of 2019.

Overall, Doll’s research holds a lot of potential for tailoring treatment by using image-guidance techniques, personalizing therapy based on patient characteristics and/or tumour molecular features, and exploring methods to reduce the side effects of treatment, such as effects on the bladder and gastrointestinal tract, as well as aiming to improve quality of life.

Another important aspect of Doll’s multidisciplinary collaboration is after-care support, offered through OASIS — the Oncology and Sexuality, Intimacy and Survivorship Program, initially funded thanks to the generosity of Alberta Cancer Foundation donors, and now a care program at the Tom Baker — a team that Doll is proud to be a part of.

For Doll, who is also a mother of two, her work with cancer has become a lifetime commitment. She’s recently been named deputy medical director at the Tom Baker, and is incoming president of the Canadian Association of Radiation Oncology, starting October 2019.

“I have been involved in cervical cancer research for almost 20 years,” she says. “I’m looking forward to continuing in my clinical care roles and exploring research opportunities to improve patient outcomes.”

In the meantime, the best treatment for cervical cancer, she says, is prevention. “The majority of cervical cancers could be prevented through HPV vaccination in addition to regular screening (including Pap testing) and follow-up. Outcomes are becoming better and better with advanced treatments resulting from research.

“However,” she says, “the reality is cervical cancer has not disappeared, and many Albertans are still dying from this disease. We need to do better. Teamwork is how we get there.”

I am a radiation oncologist, treating patients with gynecologic and gastrointestinal cancers.

One of the misconceptions is that my job must be very sad, given that I work with patients with cancer, and another incorrect assumption is that radiation is only for palliation. On the contrary — there are many radical, curative intent treatments that we offer with radiotherapy, with very positive outcomes.

My best ideas come during either quiet reflective times or during lively discussions with my colleagues.

4. If you weren’t at your current job, what would you be?

I can’t imagine doing anything else. I tell my kids that I have the best job in the world.

5. What is the hardest lesson you have learned along the way?

Sometimes treatments are not effective, and sometimes they cause long-term issues for patients. I think that creates passion and motivation to do better.

The patients I meet in my clinics. And the excitement and enthusiasm of the research teams that I’ve had the pleasure of working with, especially when we identify new discoveries.

The identification of tumour and patient factors which may predict response to conventional treatment, identify new types of treatment, or even de-escalate treatments to reduce toxicity, is meaningful because the end result is better outcomes and reduction in treatment-related toxicities. Our hope is that this will give the patient and their family better quality of life. 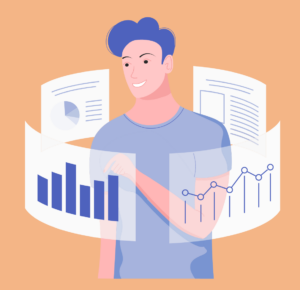