Although he says he is blessed with a positive personality and optimistic nature, Dr. Rob Rutledge, a radiation oncologist and associate professor at Dalhousie University in Halifax, experienced burnout early in his 25-year career.

“It felt like I was falling into depression, but I also remember the team members, the nurses being the ones who inspired me through their kindness,” Rutledge says.

It was this personal challenge, coupled with reading alarming data showing that 50 per cent of working health professionals experience burnout during their careers, that led Rutledge to design a workshop called Taking Care of Us for health-care professionals. He has since delivered this session — which he first developed 15 years ago — around the globe in an effort to help health professionals help both themselves and the patients they care for.

“The science is extremely strong: the higher the level of burnout, the worse the quality of care,” Rutledge says.

Classic signs of occupational burnout include emotional exhaustion, cynicism and a reduced sense of personal accomplishment. Another sign, one that’s particularly dangerous in the world of medicine, is depersonalization, often described as compassion fatigue.

“You start seeing [a patient] as a case, like breast cancer to bone for example, forgetting the person in front of you,” Rutledge says.

Compassion fatigue can lead to a cold bedside manner or communication breakdown with the patient.

“It’s so important to be in balance and have that natural compassion come through, because the stakes are so high in terms of how the patients are hearing what we’re actually trying to say,” Rutledge says.

In his Taking Care of Us session, he advocates techniques that are backed by neuroscience (the scientific study of the nervous system, including the brain), which he says can help health-care workers avoid or overcome burnout. Modern neuroscience has greatly expanded our understanding of the brain with technological advancements like functional MRIs (which measure brain activity by detecting changes associated with blood flow) and electroencephalograms (or EEGs, which track and record the electrical activity of the brain).

According to Rutledge, a litany of neuroscience studies show that humans fluctuate between two states of being: the irritable, stress brain and the compassionate, wise brain. Making doctors less likely to burn out requires they continuously react from their frontal lobes, where the wise, compassionate brain resides, Rutledge says.

In the talks he delivers, he highlights scientifically proven habits doctors can use to train their brains to function more and more from their frontal lobes, including daily exercise, a low-glycemic diet, proper sleep, and regular relaxation or meditation practices. He also demonstrates several simple “in-the-moment” mindfulness techniques that can switch a person from their stress brain back to functioning from their frontal lobe. For example, he says, as few as four long, smooth breaths can be enough to send a signal to the brain via a nerve in the diaphragm, which shuts off the body’s fight-or-flight response.

“All of [these habits] allow the frontal lobe to work better, which allows us to perform better, to be happier, and ultimately for our health to be better in the long-term,” Rutledge says.

Communication with patients also improves when a physician is functioning from the frontal lobe. Doctors in tune with their innate compassion will continue to see each patient’s story as unique, even though they have likely seen many similar cases during their careers.

“You have to always remember… to the patient, it’s a brand-new situation and they’re hanging on your every word,” Rutledge says. “They’re sometimes travelling for hours for a 10-minute appointment, and a single sentence can reverberate in their head for months.”

Last spring, Rutledge shared his insights on neuroscience and his mindfulness tips with the health-care community in Alberta. He gave the Taking Care of Us talk at the Margery E. Yuill Cancer Centre in Medicine Hat, and it was also broadcast to 16 additional Alberta Health Services (AHS) facilities throughout the province.

“The feedback we received was that it was excellent information,” says Mark Sloan, a community oncology social worker with AHS who helped facilitate the session. “[The audience] loved the idea of bringing neuroscience into the presentation, and it made those in attendance think about what they could do to be active participants in their personal care.”

The four levels to building resilience

To help health-care workers live in a more compassionate, resilient state of being, Rutledge speaks about four mindfulness-based techniques:

Rutledge demonstrates mindfulness-type breathing techniques that can help a person return to their “best self” when they’re “in the midst of the chaos.”

During his meditation practice every morning, Rutledge sets his intentions to be helpful to his patients. He will set his intention again when challenged, for instance when sharing bleak news with patients. “In that moment, I’m setting the intention to be compassionate,” he says.

Rutledge says with enough practice it is possible to view stress as helpful, which completely changes how a person deals with it. “I try to teach professionals the science behind how changes in perception can actually change brain function,” he says.

This technique, typically used by psychologists and therapists, “is basically reprogramming the thoughts that are causing us distress,” Rutledge says. With enough reframing, the individual can prevent their thoughts from manifesting into stressful reactions. 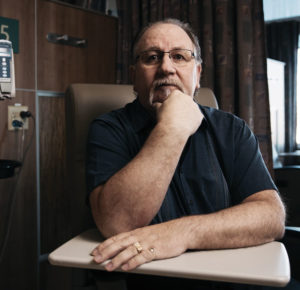 Speak Up, Speak Out: The Importance of Patient Advocacy 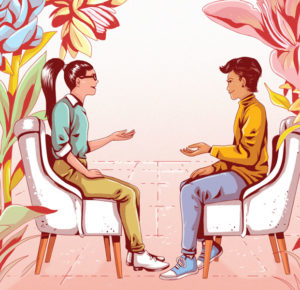