On November 10, 2018, John Chomiak watched as his calf, Hooch, went up for auction at Farmfair International in Edmonton. This was no ordinary auction. Chomiak, a cancer survivor, had a personal stake in seeing the bids climb — Hooch was being sold to raise money for the 50th anniversary of Edmonton’s Cross Cancer Institute, where Chomiak received treatment. Hooch was also the first calf to kick off the auction for Calves for Cancer — a unique and relatively new fundraiser, spearheaded by 840 CFCW, that show- cases the spirit of rural Albertans.

In 2017, CFCW was approached by the Show the Love committee (the  campaign established to raise money  for the Cross in celebration of its 50th anniversary) to consider organizing a community event. The station came up with the idea to ask Alberta ranchers and farmers to donate 50 calves for charity.

“When we launched CFCW’s Calves for Cancer last summer, we didn’t know exactly how we were going to do it when the calves went to market that fall,” says Jackie Rae Greening, CFCW’s program director. “The plan was I would pick the brains of the ranchers when they called  in to donate, and that’s exactly what I  did. [The campaign] was truly a  collaborative effort.”

The first person to donate a calf  was Chomiak, a rancher and building  engineering consultant. The former  president and CEO of Hemisphere  Engineering, he owns Chomiak Charolais farm in Mundare, Alta.

Before the campaign began, Chomiak received a phone call from Greening.  The pair knew each other from numerous cattle-related events and she wanted his thoughts on the idea. “I supported it 100 per cent and said, ‘Jackie, I’ll throw in the first calf,’” says Chomiak.

Chomiak’s enthusiastic support for the fundraiser stems from his own personal experience with the Cross. In 2015, he was diagnosed with prostate cancer. Over the next two years, he underwent 40 radiation treatments. During treatment at the Cross, he discovered an interesting link: “Our engineering company, Hemisphere  Engineering, did engineering renovation designs for the Cross Cancer,” he explains. “The machine I happened to be on for treatment was in the room that we designed and prepared for the latest machine.”

Four years later, Chomiak, though still being monitored, is cancer-free. He hopes that Calves for Cancer will become an annual fundraiser within the community and would like to see 500 calves donated.

So far, 73 Albertans have donated 76 calves. The livestock has been sold at 12 auction marts throughout northern and central Alberta, with the first five calves auctioned off at Farmfair International (including  Chomiak’s Hooch).

The auction is still ongoing — although the majority of sales happened last November — and the total amount raised so far is $181,890. With early spring calves typically bringing in between $900 to $1,100 at auction, this current tally shows the generosity of all involved — even the participating auction marts waived their typical commission fees on the calves.

“I think the rural community throughout Alberta has been hit hard with cancer,” says Chomiak. “I’ve been involved in many fundraisers in my life, but on this one, the [73] farmers [and] ranchers that contributed each had a personal reason for doing it. They were open and candid about their ordeals.”

The calf Chomiak donated has its own story of perseverance. After Hooch was  left orphaned, Chomiak cared for him.  “I bottle-fed Hooch from a little baby calf to what he is now. I can come up to him anytime. We [have] quite a good relationship.”

On that exciting auction day in November 2018, fate kept the unlikely pair from being parted. Northlands bought Hooch initially and then sent him back into the ring to be sold again. “[There was] a voice in the background bidding,” says Chomiak. “[They] announced the name and it was my grandson who purchased it. He didn’t want [Hooch] to leave the farm.”

Hooch sold for the highest amount among all the calves donated, raising $9,500. Hooch will remain with Chomiak in a place of honour at Chomiak Charolais farm — a symbol of what the dedication of rural Albertans can achieve in the stand against cancer. 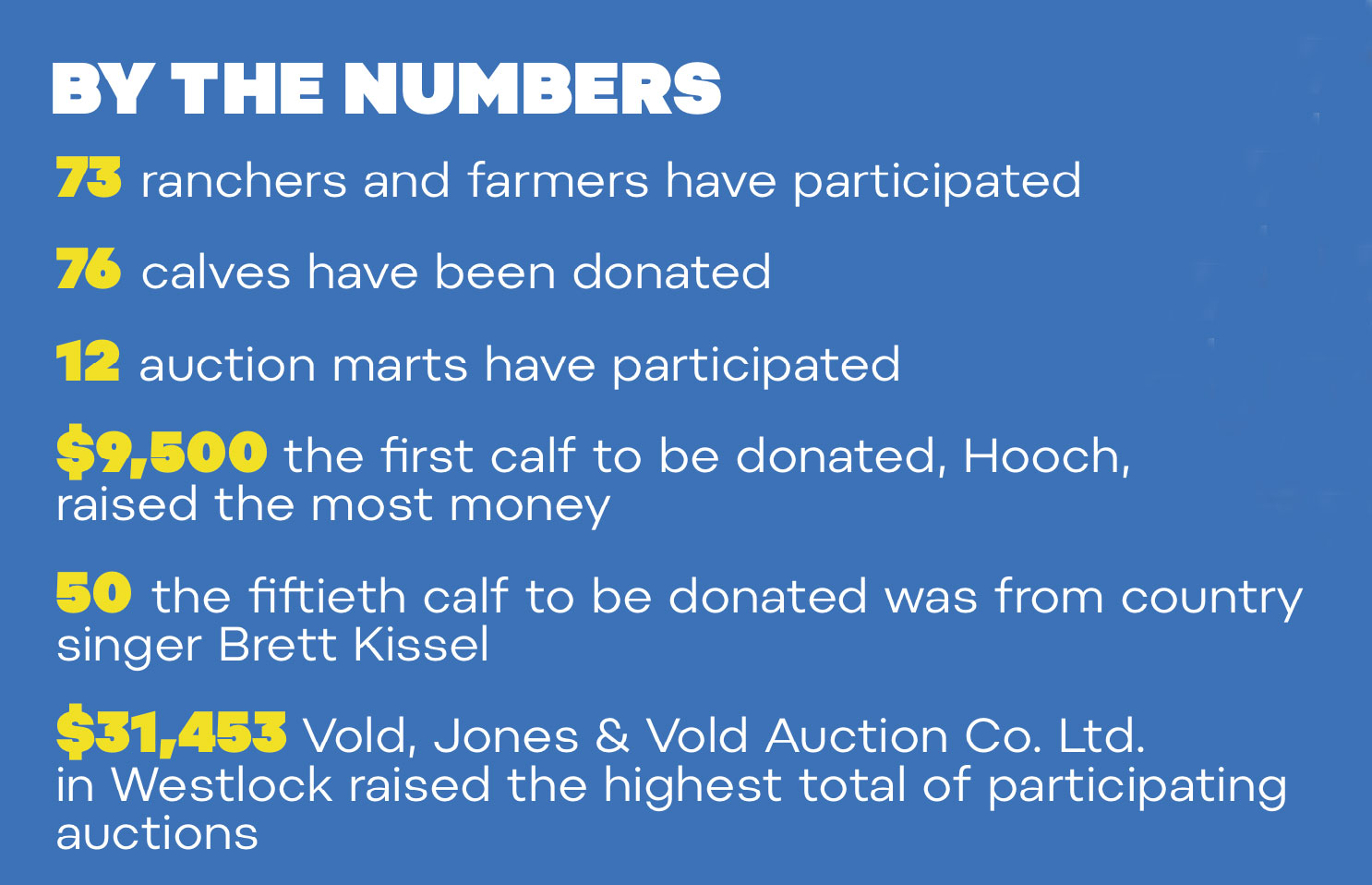 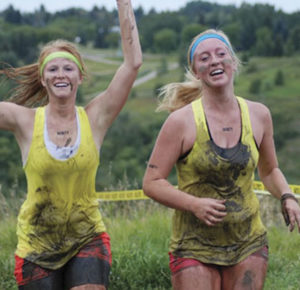