Korinda Kostiw was only 29 years old, and in the first trimester of her pregnancy, when she noticed a lump on her breast. It wasn’t until 18 months later, when her son was 10 months old, that she was diagnosed with stage 4 breast cancer.

“It was overwhelming for me and my family,” she says. “But it showed us how important it is to find every opportunity to discuss this disease that really doesn’t care how old or how healthy you are.”

Almost four years later, Korinda is still living with the disease, and with the help of her family, she’s found ways to support other Albertans living with cancer, too.

Korinda’s grandfather, Sid Braaksma, started the Edmonton- based modular structure manufacturing company Northgate Industries Ltd. 49 years ago. Family members from the next two generations joined the company, making it the family business it is today. Braaksma always had a penchant for giving, and he made it a priority for Northgate to donate to not-for-profits in the province. The need for more cancer research became apparent to the family after Korinda’s diagnosis, so Braaksma found a unique way to help.

Last April, Northgate auctioned off Braaksma’s prized classic 1970 Chevrolet El Camino to the tune of $72,500 at the Ritchie Bros. Auctioneers annual auction in Edmonton. The El Camino was one of Braaksma’s many classic cars, as he’d been an avid car collector for 50 years, and the mint-condition vehicle sold well above market value to an unknown buyer. All proceeds were donated equally to the Alberta Cancer Foundation and the Canadian Diabetes Association — another charity close to the family’s heart. 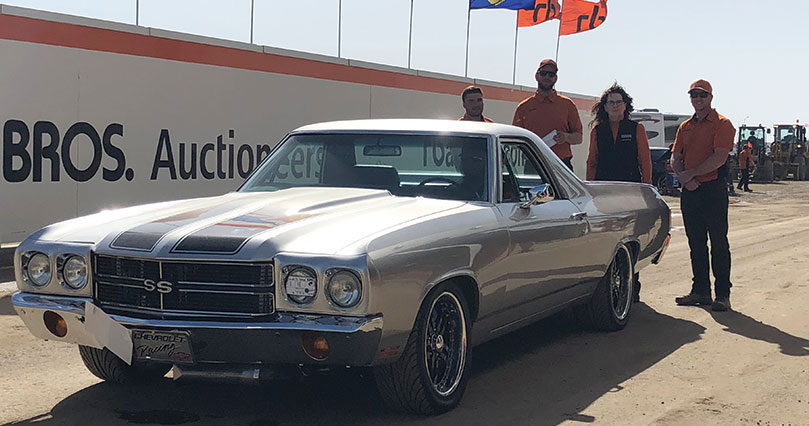 The $36,250 gift to the Alberta Cancer Foundation was designated for clinical trials at the Cross Cancer Institute and made in honour of Dr. Michael Smylie and Dr. Karen King, Korinda’s oncologist.

The Ritchie Bros. auction is one of Canada’s largest auctions, and the annual event is broadcast online across the world. Korinda says it’s rare to have a car auctioned off for charity at the auction, and it quickly garnered a lot of attention. As a result, the family had an opportunity to not only raise money, but also address the audience before the car was auctioned off. This helped to increase exposure, particularly about the need for more clinical trials.

“Grandpa has always been very creative in the way he goes about contributing to different causes,” she says. “This was a unique way to bring attention to the cause, and I think other families and businesses can find creative ways like this to contribute as well.”

Since her diagnosis, Korinda has undergone 45 rounds of chemotherapy, as well as surgery, hormone treatments and natural treatments. She’s currently considered to be in palliative care, but she and her family continue to push for clinical trials to find a solution.

“Unfortunately, we know how these diseases can affect Albertans and Canadians,” says Korinda. “And research is critical. We really have to move forward with some other kinds of long-term treatment.”

“Because of everything we’ve been through, we’re looking for that next hope,” he says. “We know that one day something will be found, and we want to help move in that direction.”

Sadly, the family received another blow this past January when Braaksma was diagnosed with cancer. He passed away a mere two weeks later, at 75 years old, but his family says they will continue to honour his giving spirit. 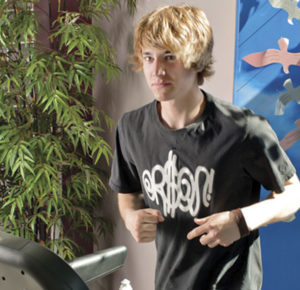