As a medical oncologist who is internationally recognized for creating the world’s largest database of kidney cancer patients treated with targeted therapies, Dr. Daniel Heng keeps a very busy schedule. Not only does he travel to hospitals and medical conferences around the world to speak about his work on this database, he also sees patients two days a week in clinic, and participates as a principal investigator on several kidney cancer clinical trials each year.

“I love my job,” Heng says. “I love when a patient is full of gratitude and when someone says, ‘Thank you for taking the time to call me personally.’”

It’s this passion for patient care, coupled with valuable leadership skills and an extensive research background, that led to Heng’s recent appointment as Medical Lead for the Tom Baker Cancer Centre’s Clinical Research Unit. In this role, he oversees the department that coordinates all cancer clinical trials for the centre.

Born in Brunei, Heng immigrated to Canada with his family when he was three years old, and was raised in Calgary. He dreamed of working in the medical field from a very early age.

“I wanted to help people, and medicine always interested me,” Heng says.

In high school, while trying to decide on a specialty, he job-shadowed an ophthalmologist and quickly decided that ophthalmology was a good fit.

“I worked really hard to get into medical school so I could become an ophthalmologist, and then, on the first day of medical school, I realized, ‘Oh, wow, there’s so much more to medicine than just the eyeball,’” he says.

Heng found himself drawn to oncology because he wanted to participate in the research of a rapidly changing field. After graduation from the University of Calgary in 2005, he spent a good part of the next five years learning as much as he could from institutions in Vancouver, Cleveland and Boston, with the goal of eventually bringing all of this knowledge back to his hometown.

“I knew I wanted to come back to Calgary because this is where my family is and where I grew up,” Heng says. “I got a great scholarship back in the U of C days, when I was an undergrad, and had a lot of support through volunteer work, and said to myself, ‘The city has given me so much, I want to stay here and contribute as much as possible.’”

Heng completed his residency training at the University of British Columbia in 2006, where he confirmed his hunch that oncology was the right fit for him, primarily because of the relationships oncologists can build with their patients. He believed — and continues to believe — that oncologists have an opportunity to provide a more hopeful outlook to patients who feel they’re facing a dark and difficult path ahead.

“We can make a patient’s journey brighter, more informed, and really help with symptoms,” Heng says. “We can improve quality of life.”

Upon completing his residency, Heng entered the medical oncology fellowship program at the University of British Columbia. It was during this time, as an oncology fellow, that he began his work in creating the world’s largest database of metastatic renal cell carcinoma patients. (Renal cell carcinoma is the most common kidney cancer in adults, and metastatic means the cancer has spread from its primary site.) Heng had long been accustomed to collecting cancer data for research projects, and the lack of a kidney cancer database stood out to him. He decided to address the problem.

Heng says that, while kidney cancer is one of the top 10 most common cancers, it’s still rarer than breast or lung cancer, which means there’s a smaller population of patients in each city. He recognized that collecting a large sample size through worldwide collaboration was critical to better understanding and treating kidney cancer.

He began building the database while visiting his family in Calgary during the holidays. When a snowstorm thwarted a planned outing to the mall to take advantage of Boxing Day sales, Heng pulled out his laptop and got to work. While snow blanketed the city, he spent hour upon hour collecting data from kidney cancer patients.

Today, Heng’s database, called the International Metastatic Renal Cell Carcinoma Database Consortium (IMDC), has grown from about 60 cancer patients to more than 9,700, all of whom are treated with targeted therapies from dozens of cancer centres worldwide. The IMDC is now used by researchers around the world to help them determine which drugs to use to treat patients and in what sequence, and whether the benefits outweigh the risks for a patient with metastatic kidney cancer to have a kidney tumour removed.

“I’m really proud of it, and it’s housed right here in Calgary,” says Heng, who also developed a prognostic tool, called the IMDC Criteria (a.k.a. the Heng Criteria), which predicts how metastatic kidney cancer patients will fare with treatment.

When the IMDC was still in its early days, Heng, wanting to gain more experience in kidney cancer research, moved to Cleveland, Ohio, for a fellowship in experimental therapeutics at the Cleveland Clinic Cancer Center. There, he trained to be a clinical investigator, learning about new therapies under investigation and following the progress of patients on clinical trials. To further build on his statistical skills, he also spent three summers in a row earning a masters of public health from Harvard University.

Then, when an opportunity at the Tom Baker Cancer Centre came up, Heng applied right away. He was hired on as a medical oncologist in October 2008 and has been working at the Tom Baker ever since.

“I’ve never looked back,” he says. “This is definitely the place I want to be.”

Heng was officially appointed medical lead for the Clinical Research Unit (CRU) in September 2018. In this newly minted role, he provides strategic leadership and direction to CRU and Tom Baker Cancer Centre researchers, with the goal of growing capabilities for all clinical trials and research at the centre. This includes industry-led trials sponsored by pharmaceutical companies, as well as investigator-initiated and cooperative-group trials (involving multiple hospitals and cancer centres) that don’t have pharmaceutical backing but are funded by other organizations, including the Alberta Cancer Foundation.

“I’m so excited to lead it and cultivate it,” Heng says. “Alberta is in a great position to be able to do these trials.”

The CRU — funded in part thanks to generous donors of the Foundation — currently has 65 employees, and recruits more than 500 patients to clinical trials each year.

Dr. Sunil Verma, medical director of the Tom Baker Cancer Centre, believes Heng’s international credibility with the IMDC, and the connections he’s made through his training, will help accelerate the growth of the CRU by leading to more opportunities to collaborate in clinical trials with different global institutions. Verma is also excited to see the ways in which Heng will mentor new investigators and researchers.

“Danny has established himself as somebody who will be a tremendous leader,” says Verma. “His leadership style, his mentorship, and his collaborative approach are really going to help junior investigators, and senior faculty as well. He also has humility, which I think we need [when dealing with] a disease such as cancer, because it’s a disease that sometimes teaches us lessons on how tough it is to manage and to treat.”

When it comes to treatment, Heng encourages patients to “think trials.” Not only do clinical trials provide patients with the opportunity to try cutting-edge therapies not on the market yet, he says, they can also give greater access to medical support. Dedicated teams of research nurses and trial coordinators guide patients carefully through study protocols and potential side effects of a therapy.

“We have patients on that clinical trial here,” Heng says. “We get to tell those patients, ‘The new drug combination you’re on has been shown to be helpful and better than the other drug, and thankfully you’ve been on it for the last year already.’”

Success stories such as these are a major motivation to continue working hard in making Calgary an attractive research destination. “Not just attractive for industry and patients, but also for new staff, oncologists and researchers from other parts of the world,” Heng says.

Even with all of his responsibilities, Heng is careful to maintain a work-life balance, making sure to spend time with his husband and four-year-old son, whose adorable photos are a key part of his office decor.

“Every little milestone he does is just incredible,” Heng says. “He [recently]started using ‘For example,’ in his sentences. Little things like that are the highlights of my week.”

° Created the InternationalMetastatic Renal Cell Carcinoma Database Consortium (IMDC) in 2006, comprised of data from more than 9,700 patients with kidney cancer from more than 30 cancer centres worldwide

° Developed the “Heng Criteria” in 2009, which predicts how metastatic kidney cancer patients will fare with treatment

° Awarded a Meritorious Service Cross in 2017 from the Governor General of Canada on behalf of Her Majesty Queen Elizabeth II, for work in kidney cancer research 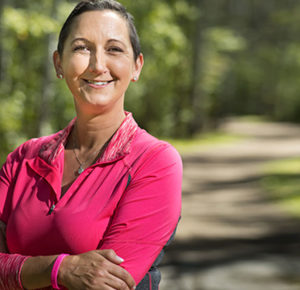 Treatment With a Large Dose of Care

Expert Advice on Sharing a Cancer Diagnosis with a Child