Dr. Chris Venner has seen vast improvements in treatments for people diagnosed with multiple myeloma since he started his career as a hematologist just seven years ago. In that time, a multitude of new drugs have been approved for treatment of the incurable bone marrow cancer, and patients can live with the disease for 10 years and beyond, compared with two to four years previously.

“It is an exciting field to work in,” says Venner, the malignant hematology tumour group lead at the Cross Cancer Institute in Edmonton. “Our understanding of multiple myelomais expanding.”

However, there is still a long way to go when it comes to comprehending and treating the disease, and Venner hopes the power of big data (the term for extremely large data sets) can help get us there.

Myeloma is a cancer of the plasma cells in the bone marrow and can cause anemia, high calcium, kidney failure and bone disease. Around 2,900 new patients are diagnosed in Canada each year. Myeloma is managed like a chronic disease, and patients could be treated with several different chemotherapy drugs during their cancer journey. Stem cell transplants are also an option for some.

Since there isn’t one standard treatment course, doctors need to know what has worked best for other patients to inform their decisions. But when Venner joined the team at the Cross in 2012, he realized that multiple myeloma doctors and researchers in Alberta weren’t sharing information as well as they could be.

“While we collected the data, it wasn’t housed in a very user-friendly and disease-specific way,” Venner recalls.

There was no Canadian “big data” to consult. Without a provincial or national database, healthcare professionals relied on information from other countries. Venner had experience in clinical data tracking from fellowships in the United Kingdom and British Columbia and, in January 2013, he started the Alberta Multiple Myeloma and Plasma Cell Dyscrasia Database, with funding from the Alberta Cancer Foundation.

The Alberta project was successful enough that Venner was chosen to chair a national database initiative, through the Myeloma Canada Research Network, which launched in 2016. “We now have this unified platform to better assess how we are doing with this disease in Canada, and also to inform where we want to go,” says Venner.

Venner believes information from the database will allow doctors to better assess the effectiveness of new treatments. It could also help determine where to go next with research. “Knowing how well we are doing currently, and what we are doing, helps us position ourselves when we think about new clinical trials,” he says.

Venner hopes clinicians will add information from up to 10,000 additional patients to the database over the next 10 years, with the end goal of continuing improvements in patient care. There’s also a chance that, somewhere in the data from thousands of patients, is the information researchers need to find a cure.

“We still do have a lot of work to do,” says Venner. “It’s humbling to know that, despite advances, we’re still not curing anybody. There’s still a lot of great effort being made into trying to crack that nut.”

Expert Advice On Navigating the Holiday Season With Cancer 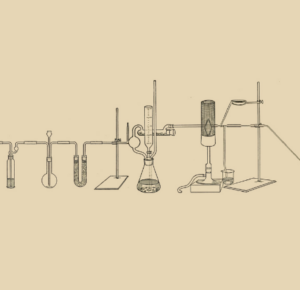 Good to be BAD: Stopping the Spread