Most Albertans have heard of the Alberta  Cancer Foundation’s  Cash and Cars Lottery.  It’s one of the Foundation’s most heavily promoted fundraisers for good reason: since launching almost 20 years ago, Cash and Cars has raised more than $30 million that’s gone directly to supporting cancer research, treatment and care at the 17 Alberta Health Services cancer centres including the Tom Baker Cancer Centre in Calgary and the Cross Cancer Institute in Edmonton.

Every year, a team at the Foundation spends an entire 12 months putting together a tempting list of approximately 3,000 prizes, ranging from watches and luggage sets to once-in-a-lifetime trips and, of course, two grand prize packages, each consisting of cash, a new car and a luxurious, fully furnished new home.

Many of us follow along as the  draw results are announced on live  TV each fall, but few people know what the prize-granting process is  like for those behind the scenes.  On the opposite page, Sean Capri, the Foundation’s former annual giving manager, sheds some light on what happens on the days surrounding the big draw.

Q: Only the top  prizes are drawn live on TV. What is the process for drawing the other thousands of prizes like?

It’s [a bit] monotonous, but we have a good time because we have to make it fun to get through it. It takes three days. If you can imagine drawing 3,000 tickets and having to rotate the drum and scan in each ticket between every single draw… it’s a process. When I’m drawing, I can’t even look at the drum. I have to look forward but reach backwards. It’s terrible from an ergonomic point of view!

Q: Are you also  the person who lets the winners know they won?

I do the full flow-through: I draw the tickets and then I get to go into another room and call the person to tell them they just won a $10,000 prize or a new car. And you can hear just pure joy and excitement, or maybe you can hear them doubt and suspect that this is a scam and I’m not who I say I am. You just get a whole slew of reactions from people and it’s the best part of the job.

Q: What kind of  reactions do you  get from the people who win the really  big prizes?

I’ve gotten all sorts of different reactions. People often completely lose their minds, crying and becoming hysterical and thanking us and saying, “I never win anything” over and over again.

Q. Do you have any stand-out memories?

One gentleman won a cash prize and he was really struggling to provide for his family. He said to me, and I’ll never forget it: “Whether we stay in the house we’re in or if we move to a new house, I’m just happy that I’ll be able to finally make our house a home.” He just wanted his kids and his family to feel safe and comfortable. The cash allowed him to do that and make it a cozy place for his family, and it changed the trajectory of their life. Handing over those cheques to people and watching them realize that this is changing their lives forever is the coolest thing.

Christine Zurburg’s life was certainly changed by the Cash and Cars Lottery. A long-time Foundation volunteer, Zurburg was diagnosed with cancer herself in 2011. Even though she had to leave her job to undergo treatment at the Cross Cancer Institute, she was insistent on buying a 2012 Cash and Cars ticket (though the cost at the time, $100, was a strain on her budget). Winning a grand prize wasn’t even on Zurburg’s mind — she simply wanted to give back to the Foundation.

“I just wanted to help the people at the Cross,” she says. “I knew that the money from the ticket would be used in a good way.”

On the day of the 2012 Cash and Cars grand prize draw, Zurburg was at the Cross for her treatment when a friend who had been watching Global News texted to tell  her she won a prize. Assuming she’d won something small, Zurburg didn’t think much of it, but after receiving a call from the Foundation, she learned she’d won the $1.3-million  Calgary show home, a new Acura and $20,000 in cash. The prize has allowed Zurburg to continue with her ongoing treatment without having to work or worry about making ends meet.

Through it all, Zurburg continues to buy Cash and Cars tickets for the same reason she has all along: to contribute to the cause.

“I will always buy a ticket,” she says. “And with no expectation of winning. I just want to support people with cancer. If I do win again, I [will] use the prize to help others around me and do something for them.” 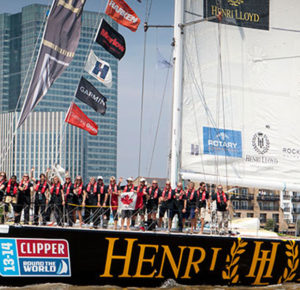 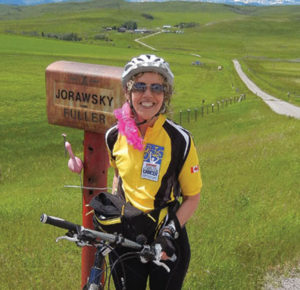 The Remaking of Ria Pickering