It’s not often you get to see the University of Alberta’s chair of Civil Engineering shave off half his beard for $400.

To be clear, the money was being raised for the annual U of A Engineering Head Shave, a lively event held every November to raise funds for the Alberta Cancer Foundation. Last year, intra-faculty competition was heavily encouraged, which is what led then-interim chair Samer Adeeb to playfully shave just half of his beard, in an effort to raise more money than Faculty of Engineering Dean Fraser Forbes.

“I thought the best way to get people to participate was to invoke a fun challenge between myself and the dean,” says Adeeb. “I received overwhelming support and heard many stories from friends who have lost someone due to cancer. It was very touching.”

First launched in 2003, the U of A Engineering Head Shave was created after Ron Wicentowich, the father of U of A engineering students Graeme and Gary Wicentowich, was diagnosed with (and eventually passed away from) cancer. That inaugural event raised more than $12,500 for the Alberta Cancer Foundation as “Razored for Ron” before switching to its current name the next year. The Engineering Students’ Society has continued to host the event every year since 2003, and it has raised more than $405,000 for cancer research.

Students, staff and family members can participate by dyeing their hair pink to help raise awareness for the event, pledging to shave their hair, dyeing and shaving their hair, or simply donating online.

The 15th Annual U of A Engineering Head Shave will take place on November 21, 2018, at the ETLC Solarium. 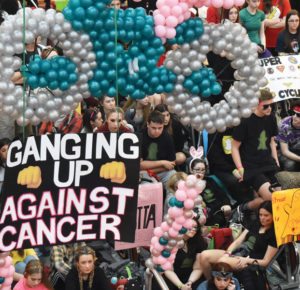 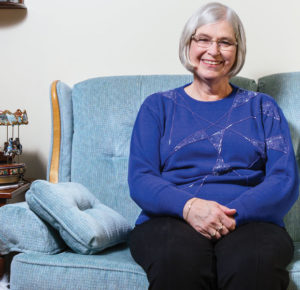