A medical oncologist and provincial director of Cancer Health Services Research since January 2017, Dr. Winson Cheung is shifting the sands of cancer research in Alberta.

Cheung, age 40, sees patients one day a week at his gastrointestinal (GI) cancer clinic at the Tom Baker Cancer Centre. The other four days of his work week are dedicated to research, education and administration. He and his team are looking at health databases and electronic health records to collect information about patient journeys. The question they are asking is: what kind of routine care is going on for cancer patients province-wide?

“Measuring what we are currently doing for our patients is the main way that we can learn from them and find better strategies to improve their care,” Cheung says. “Otherwise, we will never know areas in which we are doing well and areas that need improvement. Real-world evidence is emerging as a powerful research tool, and Alberta has an opportunity to be at the forefront of progress.”

According to Cheung, clinical trials are important for informing cancer care, but they tend to be very specific (targeting certain demographics or medicines) and involve only about 10 per cent of the cancer population in Alberta. “My focus is what is happening for the other 90 per cent of the population,” he says.

Cheung’s overarching goal is to create awareness and stronger interest in this kind of important, data-focused research. It hasn’t been easy (clinical trials are deemed more exciting, and molecular research is gaining more traction), but investigators are now calling him to find out how they can participate.

“Creating a critical mass of interest is key,” he says. “It will allow us to conduct larger and more impactful projects.”

A pre-care project, launched in 2017 and called “Real World Evidence in Pancreatic Cancer – Optimizing Referrals, Management and Outcomes in Alberta,” looked at the records of 1,600 patients with pancreatic cancer. Cheung and his team discovered that, of those patients, only 60 per cent were actually referred to a cancer centre.

“That was quite concerning,” says Cheung, whose team includes medical students, residents and faculty members from the Alberta Cancer Outcomes Research Network. If 40 per cent of patients diagnosed with pancreatic cancer are not getting early intervention and are only seeing a specialist when their condition is dire, the result is not only much more costly and challenging care, but significantly poorer treatment outcomes.

Cheung has some theories as to why this lack of referrals might be happening (difficulty with the referral process, limited resources in remote communities, an inaccurate sense that pancreatic cancer treatment might be fruitless), but the next step in this research project — which will take place in 2019 — will be surveying the doctors to add more “granularity” to the data. Following that step, the final, problem-solving phase of the project — which will be conducted with the assistance of the Provincial Tumour Team — will help doctors “chart a pathway” to make it easier for them to refer promptly and equitably.

Among Cheung’s post-care initiatives is a project called “Choosing Wisely – Why and When to do CT Scans During Cancer Follow-up.” The project began earlier this year and is looking at the number of computed tomography (CT) scans that 5,000 patients throughout Alberta — patients with breast, lung, colon or prostate cancer — have received after cancer care. Too many scans may be an expensive and inefficient waste of resources, keeping wait lists unnecessarily long. Too few may mean cancer recurrences (or new cancers) are missed until later stages.

“We apply algorithms. We are not looking at minor differences [between CT scan numbers], but gross deviations,” Cheung explains.

These deviations — identified by comparing numbers of scans received in the study with standard practice recommendations established by Canadian, American and  European cancer care regulatory groups — will be used to identify inefficiencies in service and will prompt a look at how to provide more consistent care.

“The job is going well,” Cheung says. “There’s a lot of support for the work we’re doing.” 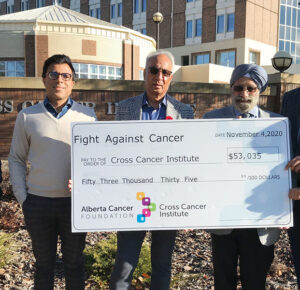 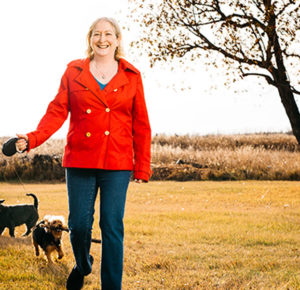