The instinct to help a family member facing cancer  can be overwhelming. But a cruel reality of the disease is that there can be relatively few ways to help directly. Allison Wusaty decided to fight that feeling of helplessness by climbing Europe’s highest peak, raising more than $35,000 for the Alberta Cancer Foundation in the process.

Allison’s brother, Andrew, was diagnosed with brain cancer in 2008 after suffering multiple seizures following a collision during a hockey game. Within a week, Andrew had his first surgery and, since then, the 40-year-old Calgary resident has had three more surgeries to remove recurrent tumours.

Despite undergoing multiple chemotherapy and treatment programs, Andrew continues to work full-time as an environmental consultant. He also travels, snowboards, fishes and still plays hockey. He remembers his younger sister coming to him in mid-2017 as if with a dark secret — that’s when she first raised the idea of climbing Mount Elbrus, in southwest Russia, as a fundraising initiative.

Less than a year later, Allison found herself atop the 5,642-metre-high peak. Though she trained for the eight-day climb, she says finding the mental strength to keep going was the most difficult part of the ascent. But remembering the cause behind it allowed her to keep putting one foot in front of the other.

“My brother doesn’t have the option to quit. He has to go through treatment and keep going, and what a lousy attitude I would have if I stopped because it was too hard,” says Allison.

After being stuck at one camp for four days due to a storm, Allison’s group of climbers was eventually able to summit the mountain in early September 2017.

“It was incredible to have this moment where I was all alone at the top,” says Allison. “Being there was so exciting, and then all I could think about was calling my brother and being able to tell my family I did it.”

Andrew vividly recalls not getting any news for a few days before getting a phone call from a small Russian village and hearing Allison’s voice on the other end.

“There was relief, happiness — I was so glad that she achieved it and that she was safe,” says Andrew. “It’s just a nice feeling, it’s a culmination.”

The siblings say they’ve always been close, but Allison says what they have gone through together over the past decade has brought them even closer.

“It changes your whole family, really. We are so much closer now and it sort of changes all your priorities,” says Allison. “We’ve gone on so many family trips and done so many amazing things together.”

Allison and her family fundraised for the climb online and hosted events such as yoga classes, hikes and clothing sales. Andrew had initially kept his diagnosis relatively private and, while he was somewhat uneasy about the public nature of the fundraising, he’s happy with how it worked out.

“To be honest, it’s a bit comforting. It did feel better when everybody knew,” says Andrew. “Now I’m happy to talk when asked about it because I think it informs people.”

Beyond overwhelming support and donations from family and friends, Allison says the process of fundraising was also rewarding in other ways.

“You feel a little bit alone when your family is going through something like this, but then you have these conversations where other people feel exactly the same way and you can support each other,” says Allison.

Andrew says another big source of support in his journey has been the staff at the Tom Baker Cancer Centre in Calgary. He credits them for allowing him to live his life as normally as possible despite the circumstances.

“From my oncologist, my surgeon, right down to the nurses, it’s been awesome,” says Andrew. “It’s very comforting. They do a nice job of putting positives on the reality.”

Not content with having climbed Europe’s highest mountain, Allison has now set her sights on South America’s highest peak. She plans on redoubling her fundraising efforts and will attempt the 6,962-metre Aconcagua this December. 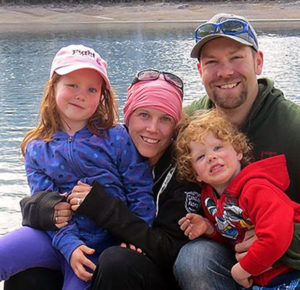 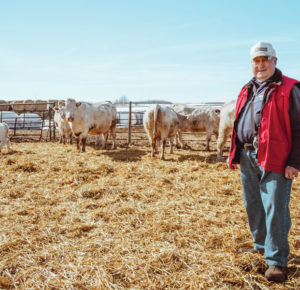 How Rural Albertans Helped Raise $181,890 for the Cross Cancer Institute