Catalina Vasquez thinks about an Alberta man whose story she heard earlier this year. He’d undergone a biopsy for prostate cancer. The results came back negative, but he developed a blood infection, followed by sepsis, from the biopsy.

It’s not the first case like this that Vasquez knows of. Up to four per cent of men who undergo a prostate biopsy could develop sepsis, an often-deadly reaction.

That’s why Vasquez, an Edmonton-based microbiologist, has spent the last decade trying to find a test that could spare men from having to undergo invasive biopsies for prostate cancer.

Now, she and colleagues at Nanostics Inc., a University of Alberta spin-off, are close to making this test a reality.

“We have the potential to impact the way prostate cancer is diagnosed and treated around the world,” says Vasquez, chief operating officer of Nanostics.

If clinical trials confirm the accuracy of Clarity-DX Prostate and the test is adopted throughout Alberta, more than 1,000 men a year in this province alone may be able to avoid a prostate biopsy. Currently, more than 4,000 prostate biopsies are done in Alberta annually.

“The goal of implementing this blood biopsy would be to reduce the number of unnecessary [tissue] biopsies, which are invasive, uncomfortable and not completely innocuous,” says Dr. John D. Lewis, the Frank and Carla Sojonky Chair in Prostate Cancer Research at the University of Alberta, and Nanostics’ CEO.

The road to this test began a decade ago, when Lewis’ lab discovered that prostate cancer cells shed small particles that migrate into the blood as a primary tumour spreads. Using a micro-flow cytometry machine developed in the United Kingdom to test soldiers’ blood for exposure to biological weapons, Lewis’ research team learned they could detect these particles in the blood. From that knowledge, they developed a blood test to identify these particles, with the support of Alberta Cancer Foundation donors.

But they needed a large biobank, or biorespository, with blood and urine samples from humans to validate their test. So, five years ago, Lewis and his team put together an in-house solution: the Alberta Prostate Cancer Registry and Biorepository. Men across the province are recruited, usually through the province’s urology clinics and cancer centres, to submit blood and urine samples, along with demographic information and family histories, to the registry. This information helps researchers test new biomarkers that can better diagnose cancer and predict outcomes.

To date, the Alberta Prostate Cancer Registry and Biorepository has collected samples from more than 3,500 men diagnosed with prostate cancer. Using the repository, Lewis and staff have been able to demonstrate that they can detect if a drop of blood comes from a patient with aggressive or non-aggressive cancer.

The next step is to assess the real-world accuracy of Clarity-DX Prostate for men who are also undergoing prostate biopsies in Alberta — clinical trials began this past July. Based on the results, Nanostics could apply to Health Canada and the US Food and Drug Administration to have the test commercially approved next year, says Lewis.

“It’s a made-in-Alberta test. Albertans elected to give their blood and urine to contribute to the result of this test, and obviously we’re very thankful for their participation,” he says.

Ultimately, researchers hope the test will be used in two ways: to help in the diagnosis of prostate cancer and, in men who are already diagnosed with this cancer, to monitor disease progression and help select therapies. 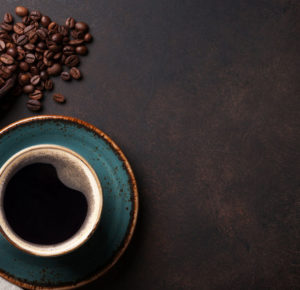