A large tumour on her left lung caused a range of seemingly unrelated symptoms for Laura Perram throughout the summer of 2009, between the time she finished high school and began university. Those symptoms worsened and, soon after her 18th birthday that September, Perram was diagnosed with primary mediastinal large B-cell lymphoma, a rare and fast-growing type of non-Hodgkin lymphoma.

Her treatment at Edmonton’s Cross Cancer Institute consisted of six rounds of chemotherapy over a six-month period, followed by one month of radiation therapy. In January 2010, several months before Perram was scheduled to complete her treatment, her oncologist, Dr. Neil Chua, gave her the good news that she had “no evidence of disease.”

Here, Perram shares the story of her cancer journey.

as told to Mae Kroeis

“My symptoms started when I was doing my Grade 12 diplomas in June of 2009. I had pain in my left shoulder, which we thought was a sports injury or a strain. I also had clicking in my chest when breathing one day, and a stabbing pain in my chest another day, but I didn’t think much of it.

“When I began university that fall, I could barely climb the stairs from the LRT without coughing, but I just assumed I was out of shape.

“I had my 18th birthday in September of that year, and, right after that, I got sick with a cold that wouldn’t go away. Eventually I started coughing up blood and was told I had pneumonia.

“After two X-rays, my doctor called and said he needed to see me right away. For some reason I knew it was going to be cancer — I had that sense. I was told I had a grapefruit-sized tumour on my left lung and then went straight to the Royal Alexandra Hospital for tests. They sent me to the Cross Cancer Institute for the results, and I was told that day it was cancer. I had to start treatment right away. I couldn’t leave or pack or bring anything from home. It happened so fast.

“I had six rounds of chemo and then radiation every day for a month. It was a scary process. I was at the Cross Cancer Institute for a whole week at the beginning of my treatment, and had only just turned 18 the month before, so I was scared. But the nursing staff were amazing. They always checked in on me, encouraged me to bring my friends over and brought me magazines.

“From the very beginning, I wanted to stay positive because I knew it was going to end well. I didn’t want to dwell on any negative things or have people cry in front of me. The fact that the caregivers and nurses were positive, and that they joked with me and didn’t treat me like a sick kid, really helped me with my positivity and my recovery.

“During my treatment I was asked a few times to participate in studies. It was explained that there were really no downsides, that it would just be an extra test here and there and, if anything, it could actually help with detecting anything else because I’d be getting tests not given to your average person. It was an easy yes.

“After I finished treatment, I continued going for checkups, and when I hit the two-year mark, which is remission for my type of cancer, I had a big celebration.

“My experience with cancer 100 per cent made me healthier in the physical sense. When I first got diagnosed, I started working out, and when my treatment was over, I started doing fitness competitions. It was really inspiring to see my body go from its weakest form, where I could barely walk up a flight of stairs, to being on stage.

“I also went back to school and finished my business degree and am now in law school — and I recently got married. I usually like to leave things up to the universe and just kind of take things day by day, but chemo and radiation can affect your fertility, so I can’t wait too long to have kids, which helps me with making a timeline with my life.

“It’s weird to say, but, overall, [my cancer journey] was a very positive experience and I wouldn’t change it for anything. It taught me a lot about myself and brought my family together. You figure out what’s important, what your priorities are and what to let go. Your family matters, your health matters, your happiness matters — nothing else matters.” 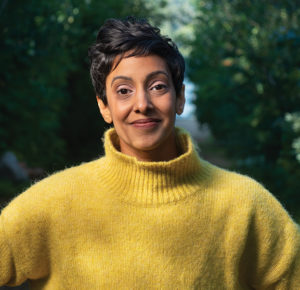 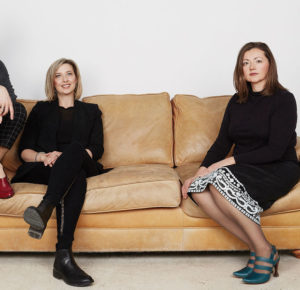