Claire Logan always was aware of the possibility of cancer. The disease seemed to stalk her family: her mother died of breast cancer, her brother died of leukemia and another brother survived prostate cancer.

Despite her careful watch for signs of cancer, Logan never worried about ovarian cancer. No one in her family had had this type.

But in November 2015, following a few weeks of terrible constipation and swelling in her stomach, the fit, then-63-year-old was diagnosed with ovarian cancer by an emergency physician at Calgary’s Foothills Medical Centre.

Over the next months, Logan underwent surgery and chemotherapy, and became one of the first women in Calgary enrolled in a pilot program — called GO-BRCA — to expedite genetic testing for women with ovarian cancer.

The GO-BRCA program was created by a team of Calgary-based gynecological oncologists and geneticists, and was launched in January 2016 with the aim of speeding up the process of genetic testing for women with epithelial ovarian cancer by offering them counselling in their oncologist’s office prior to testing.

Before GO-BRCA, women with ovarian cancer were referred to the Hereditary Cancer Clinic for counselling, which is mandatory in Alberta before receiving genetic testing. But this referral process would often lead to longer wait-list times, posing a barrier to timely testing — women in Calgary with ovarian cancer could wait up to 18 months to find out their BRCA status. In that time, some women died from their disease before they could be tested and their results passed onto family.

“We incorporated the counselling into our clinic [at the Tom Baker Cancer Centre], and overall, the benefit was huge,” says Dr. Sarah Glaze, a gynecologic oncologist and one of the founders of GO-BRCA. “The medical genetics team trained our group of gynecologic oncologists and our nurse practitioner. Their training gave us the tools to do the pre-test counselling alongside current clinic appointments. By allowing us to do that, the patients were able to get the genetics test done that same day.”

By the first spring after her diagnosis, Logan’s genetic tests confirmed she carried a mutation in the BRCA 2 gene — information vital for her treatment and for her family’s future cancer screenings.

“I had always been monitored for breast cancer. Ovarian cancer was never on my radar screen. But my nieces and nephews are aware of this now,” she says.

But ovarian cancer is a disease that is difficult to detect, often misdiagnosed, and frequently identified at late stages; women’s lives can be saved if they know they face elevated risks for this disease and are monitored carefully for it.

Recently, timely access to BRCA testing became even more critical for women with ovarian cancer, as the BRCA mutation now affects which treatment a woman may receive. In the spring of 2016, Health Canada approved a new targeted-therapy drug, Lynparza, which can improve survival in women with recurrent ovarian cancer and a BRCA 1/2 mutation. Logan, who was diagnosed with a recurrence of her cancer last fall, now takes Lynparza.

The growing base of evidence supporting use of Lynparza was part of the motivation to start GO-BRCA in January 2016, says Glaze, who knew that timelier test results would, among other benefits, allow Calgary patients faster access to the therapy drug.

In the first 15 months of GO-BRCA, the time it took for women to receive their BRCA results dropped almost by half — down 162 days from 309.

GO-BRCA also reduced some of the pressure on counsellors at Calgary’s Hereditary Cancer Clinic. Referrals to the clinic doubled after Angelina Jolie announced in May 2013 that she had a BRCA 1 mutation. The sudden surge in requests for testing — a well-described pattern across North America known as the “Angelina effect” — added to already lengthy waitlists to see a counsellor. Assessments of the GO-BRCA program show that, between January 2016 and March 2017, it freed up about 120 hours’ worth of time that genetic counsellors would have spent with ovarian cancer patients.

Dr. Renee Perrier, a geneticist at Alberta Health Services who helped spearhead the program, says all women in a family with the BRCA 1/2 genetic mutation benefit from timely access to testing. The results can be life-saving for women who do not yet have cancer.

“Once we identify a woman who has a BRCA 1/2 mutation, it gives us the opportunity to identify women in her family — her sisters, her daughters, her nieces, her cousins, her aunts — who are at increased risk for breast and ovarian cancer who might not have otherwise known,” says Perrier. 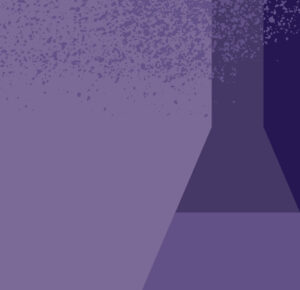